I just saw Rogue (Lead singer of the Cruxshadows) tweet that they released a special holiday song. Every year our games do new special holiday events… but I never heard of a band doing it before. Apparently it is their 3rd year releasing an original song to pay tribute to the season. This year’s new song, Forgiveness (Winter Comes), is forlorn and beautiful. I will not ruin the songs meaning for you, but it is definitely my favorite of the three. I secretly slipped it into my home’s holiday music selection-- I am eagerly awaiting Trinni’s reaction when she goes, “Wait… what is this?” She will probably instinctively ask if it is Voltaire. Then I will explain, “No, no! It is the Cruxshadows.” followed by how this counts as official Holiday music and if she can have hers on the play list I should be allowed a few slots too. I mean, how many times can one man listen to that song about the guy trying to convince a girl to stay “...because it’s cold outside.”?

The new song and all of the previous ones are available now on the Cruxshadows Website for a single donation of your choosing. Most of their fans give $5. Crazy mega fans go much higher to show their support.

P.S. I was honored that the Cruxshadows appeared in our Anniversary event this year. If you did not know, we met the band and watched them perform many years at DragonCon. They agreed to do the event on short notice, with no compensation, on only a handshake--  just because they thought we were nice people and liked the creative things we are doing. So, when I saw the tweet I personally donated $25 and downloaded a copy of all the holiday songs, then I wrote this post for you to help spread the word. The song is called Forgiveness, but I am celebrating Gratitude. If you enjoy their style, and enjoyed the event, this is a nice way to give a little thanks to them directly. 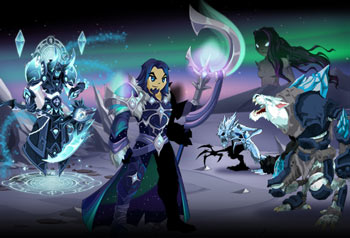 A whole new AQ Worlds begins! The Queen of Monsters obliterates an entire continent to build her fortress. Rally your friends & BATTLE ON! Read more here.

Lineup of Frostval Shops in December 2014 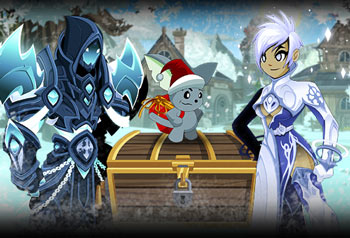 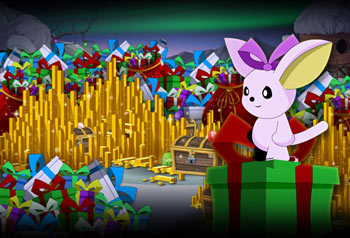 Log in each day for a new FREE gift when you talk to Tinsel in Battleon! Earn double Gold, XP, Rep, and CP boosts over the holiday weekends. More info can be found here. 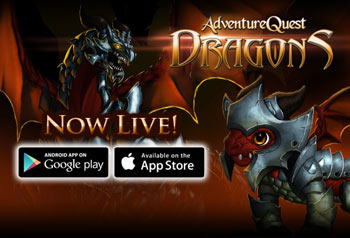 How do you train your dragon? Raise 12 dragons in our new free game. AQ: DRAGONS is available on Google Play and iOS; coming soon to web! GET IT HERE, DRAGON MASTER! 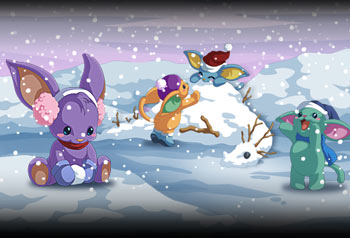 Happy Holidays and Seasons Beatings! A new holiday contest has begun and we want YOU to create AQW-themed art. Click here for full details.

Bundle up and Battle ON! 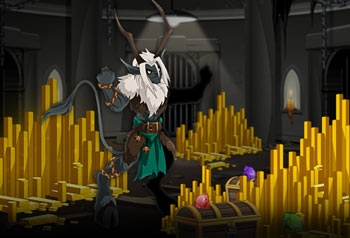 Rumor has it that a treasure trove of unfathomable riches awaits brave heroes, but no one has ever returned... Can YOU claim ALL the glory? 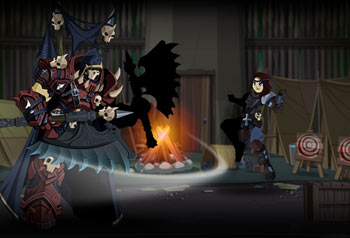 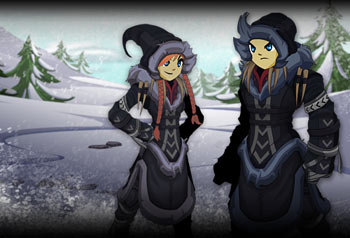 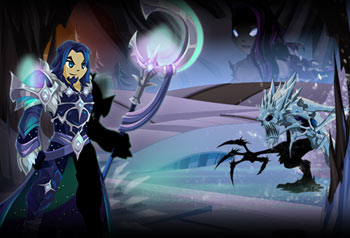 The 13 Lords of Chaos were ONLY the beginning! When the WorldBreaker rises, the fabled Ancients will return to power & forever change the world!

and the entire AQWorlds Team.

Tis the season for... ADVENTURE

Frostval is finally here friends! ...and you know what that means? Presents! New adventures! DOOOOOM? An infamous super villain has just returned to destroy the spirit of Frostval. Will you draw your weapon and open your spellbook to save this magical season? (What if we told you that your presents were at stake?) To make this adventure unique, you must choose whether to be naughty…. or nice… on your quests. Different “Good” and “Evil” options will present themselves as you help save Frostval from a very, very, very naughty not-so-little boy. 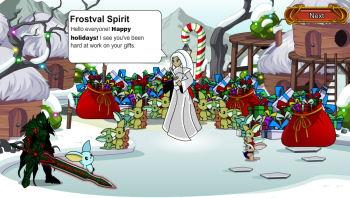 Showing the spirit of Frostval.... literally!

Everyone’s favorite traveling sales moglin is in Battleon—and he’s staying put until the new year! He’s got 3 new RARE lunar eclipse-themed weapons in addition to his 27 Frostval goodies. No one knows if Quibble’s items will ever return, so make sure you get his gifts while you can! 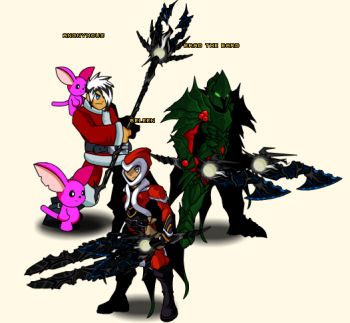 Holly Knight? ... where is the Silent Knight?

It looks like Santy Claws came early this year! Members: get your 5 wrapped presents from the giant red bag in Battleon! These presents will magically open at the start of the new year… including a CLASS. That’s right—not an armor, but an actual Class! The Frostval seasonal shop has also made its way to town, loaded with 2010 Frostval Seasonal Rares!

Make sure to talk to that little adorable purple Moglin in Battleon too. That’s Tinsel and she has 2 quests you can go on to get 3 additional presents! These too will open at the start of the new year.

Get your very own seasonal rare Gingerbread house in Blizzy's House Shop after you have saved Frostval! He…she… well I don’t exactly know what gender Blizzy is… but Blizzy also has a few festive house items to decorate your humble abode with. 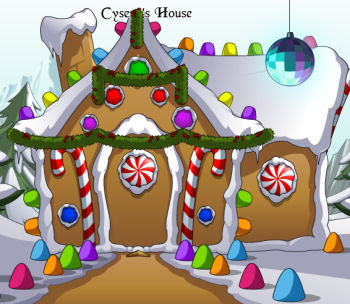 Don’t forget that there are seven new houses in the Centaur 21 Realty shop, too. Visit Penny the Centaur by joining the buyhouse map. Here is your chance to upgrade your current home to the Skyguard Cruiser, the Volcanic Cave, the Cloister Tree House, and more!

Yum! This has been our tastiest contest yet! The winners to the 2nd Annual Creative Dessert Contest have been announced. With so many delectable entries, it was too hard to pick just one winner… so instead we picked A BUNCH. Congratulations and thanks to everyone who participated!
Check out the winners!

Remember guys and gals, this was a contest. We had over 300 entries to go through and we really wish we could have made everyone a winner. But it is a contest afterall! But... you know what? You still won something: you got to eat your own delish creation =D And we look forward to seeing your participation in future contests! There is only one way to win--and that's to keep on tryin'!

If you are a Member of AQworlds, you can partipate in the Alpha of our new MMO, HeroSmash! While still in testing, the guys working on the new game added new Holiday themed hero-items (rare?) that you should grab while you still can.

On behalf of the entire AQWorlds team we would like to wish you and your family a warm, fun and safe holiday. We would also like to thank you for making this, and all of our other weekly releases possible. The team and I are very grateful for the opportunity to pour all of or love and passion into AdventureQuest Worlds. Whether you became member, viewed ads, purchased AdventureCoins, raided HeroMart, or aided other players in-game and on the forums... thank you.  If you liked what we did this year, we are taking it to a whole new level next year! (which is just a few short days O_O)