Changes to Battleon are Underway!

In the spirit of Artix's Rapid-Fire Wednesday Design Note at Artix.com, we've got a fast blast of info for you! Log into Battleon tonight and you'll find something missing... but nothing has been lost! The construction moglins just finished relocating the DragonPlane Portal* to its final home right outside the Etherstorm Wastes! 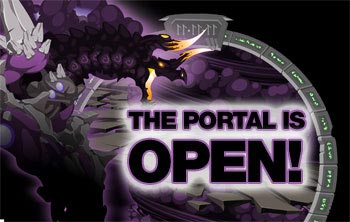 Desoloth the Final is Waiting!

Play through the DragonPlane and the Etherstorm Wastes Saga by joining /firestorm, and see what Hs'Sakar the High Priest of Fire has in store for you! Help save the dragons of EtherStorm Wastes from Desoloth's Elemental Chaos!

* Which many of you might remember from the 11-11-11 event featuring Desoloth the Final!

Wait... What is Happening?!

We are working on a complete redesign of AQWorlds' starting town, Battleon, and the surrounding areas!

Rumors include a museum, weapon shop, library, TONS of new quests and more. We'll be releasing these changes with the help of the construction moglins in pieces over the next several months. Keep an eye out for what happens next! 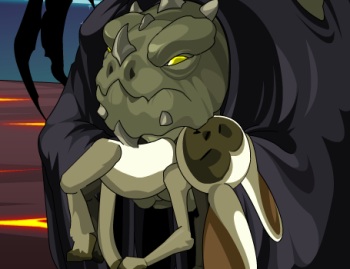 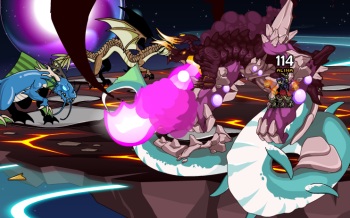 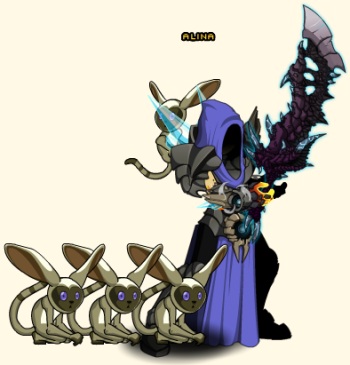 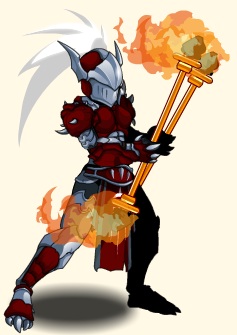 Will you fight for Good, Evil, or... Desoloth?

Kill Desoloth... or kill dragons FOR Desoloth! Drunk with power and the anarchy he has caused, Desoloth the Final is finished waiting. The time has come to make his move on Etherstorm, but the battlefield is far from where you've been fighting!

This portal transports you between Lore and the DragonPlane.

Fire, Water, Air and Earth all join together in the DragonPlane, and at their center - the Cor Draconis. The heart of the Plane and the heart of elemental dragons, it is imbued with eons of draconic power. And it's the only place secure enough to hold Desoloth now that he is this powerful!

Do not be distracted by the beauty; death is present in every stone.

But his downfall and imprisonment in the Cor Draconis is far from a sure thing. Those who choose Evil may feel that his attacks merit more punishment than just imprisonment. And for those who choose to fight on Desoloth's side... his freedom and rise to power is the only goal.

Paths to the boss battle frame and the Cor Draconis will only unlock at 100%!

But how easy accomplishing that goal will be when Drakath has turned his attention to Etherstorm's anarchy remains to be seen!

The choice is yours. War comes to Etherstorm THIS Friday!

* All 3 endings are written, but YOU will pick which one we animate and which becomes storyline canon based on the war's victor!

Cysero and Yorumi are hard at work designing and coding the Dracomancer class. Dage just came in with a concept sketch and it is pretty awesome! Cysero's Dracomancer skills writeup will come later this week!

Sadly, Cysero's been swamped pitching in on this week's release (are you ready for the Aussie Day Wish gifts? I know I am! Aussie Aussie Aussie! OI OI OI! /cheer) so there will not be a member-only midweek release this week. And next week he will be writing the next installment of the Xan storyline. Members, look for a return of the midweek releases on March 14th!

Where have all the Pancakes Gone?

Where is the Lunchlady?
How to feed my pet dragon?
Where is the sweetest ending?
Where have all the pancakes gooooooone?*

Thousands of pancakes have been consumed, and even more heroes were injured by falling flapjacks. Pancake Day is gone for another year! Tuck into any plates you've hidden around Yulgar's Inn and dream of the next syrup-laden day to come.

Jump for joy, because tomorrow is Leap Day! It only comes every four years, so to spring into action, we're offering four boosts to bump up your battling! Look for four FREE boosts in Battleon sometime tomorow - EXP, gold, rep, and class rank boosts!

Celebrate, celebrate, /dance to the music!Wish Solrac a happy birthday on Twitter or the forum as he furiously Flashes awesome art for this Friday's war rewards! /Cheer him on as he levels up in real life!

The Return of Xan NEXT Friday!

Things are about to get HOT! Next Friday will see the return of Xan, drawing to him flames and fury as he seeks out the target of his newest goal. Nearby locals have something he needs, something he MUST have! Without it, could his fire be forever extinguished? Find out next Friday!

In the heart of the Fire Realm, Ssikari - newly-raised Prime Fire Dragon - arches her head and roars. She and the rest of the Primes sense war on the wind.

Flames climb into the sky and viscious winds whip them into a frenzy. Acidic rain pounds upon a battered, scorched Earth littered with shards of their vital, secret-containing crystal.

The High Priests of Etherstorm gather deep belowground, safe - mostly - from the ravages of the Fire, Water, and Earth raging aboveground.

Even here, in the heart of the Temple, Air bites their skin and lashes at their clothing. Nowhere... not a single realm, temple, or cave - in Etherstorm is safe from Desoloth's fury.

Hs'Sakar, High Priest of the Prime Fire Dragon, stands tall, strong, and unafraid, but still must shout to be heard over the airstorm:

I hear in the hissing of the flames that our time grows short. We have but a few weeks to prepare.

They tell me that Desoloth plans to ravage Etherstorm, but we knew that. He will char us, scorch us into ashes. Drown the ashes until our corpses are mud, then bake the mud into hardened clay.

And once we have returned to the Earth he controls, he'll pulverize it, scattering the grains of our future, ourselves, and our world on the wind.

Summon the Hero! We must rally for war! The testing time has come - for the Hero, for our Primes, for us all! 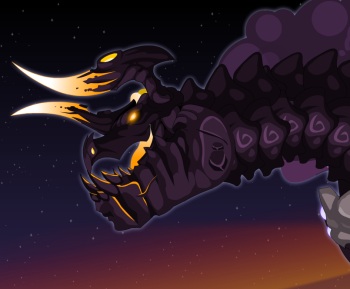 An earth-shaking roar splits the ground, assaulting the air in all four Etherstorm realms. The dragons tremble and the elements are whipped into an even more frenetic frenzy. Desoloth calls, and the elements answer.

They turn on the dragons nearest them and attack, trying to consume the heartsblood of loyal dragons that Desoloth craves. If they do not stand with him, they will not LIVE and their blood will BURN!

Time is short, so short. Be ready, Hero, because the fates of the dragons, of Etherstorm and of Lore are in your hands and heart!

On Friday, March 2nd, WAR comes to Etherstorm! Will YOU be ready?!