If you haven’t… now is the best time to do so! Because the easy-to-pick-up and hard-to-put-down DRAGONS game was just updated with global leaderboards and the exclusive Cookie Clicker dragon, “Krumblor.”

Do you have what it takes to become the best Dragon Master? Then prove it at www.AQDRAGONS.com!

Followers of Nulgath, fall in! (If you love awesome art, you should read on, too!) The wait is over, as Nulgath's artwork returns to AQWorlds! He sent over a CRAZY amount of his Oversoul art for us to put together an insanely-awesome Featured Artist shop... and included 60 (SIXTY!) OS characters for us to use as monsters in future releases. /cheer! 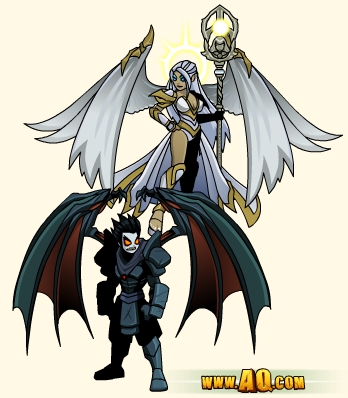 Every Tuesday, AQWorlds releases a special Featured Artist Showcase Shop loaded with items made by one of AQW's artists using their own style and flair. Our wonderful artists unleash their creativity to make some truly amazing armors, weapons, helms, and other items just for you! But these items are only available for a limited time, so get the gear while they're still here!

ArchFiend's Art for his Favorite Followers!

You never know what the ArchFiend will summon from the depths of his dark pool of creativity... and we sure didn't expect THIS! ALL the items in Nulgath's Featured Artist Limited Time Shop WILL go rare! 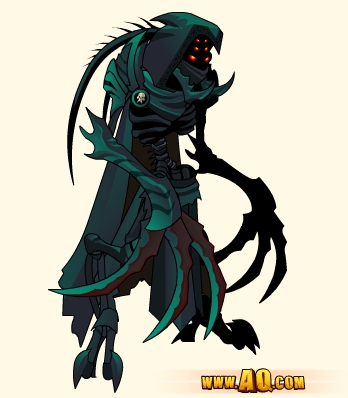 The shop will include: 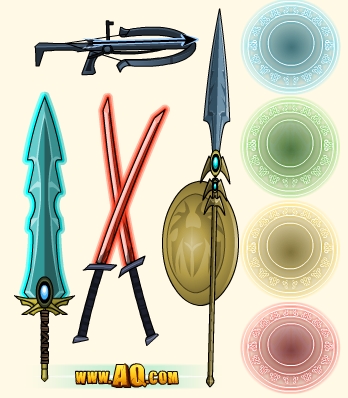 Weapons and Capes of Nulgath 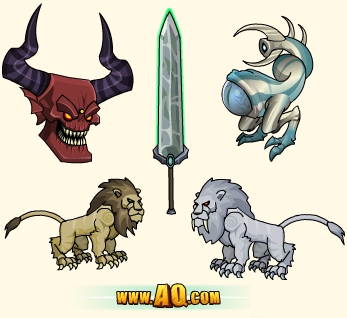 Bask in the glory of the gear!

Take on the ultimate enemy this week in The Span! As Iadoa struggles to battle the Chaorruption infecting him, YOU need to battle the zone's first Chaos Beast! Will he be able to hold on long enough to teach you what you need to know in order to defeat Chaos?

Battle through a reconstruction of the AdventureQuest timeline. Take on a vicious fire dragon, study in the Temple of Hope, and defeat the ultimate Chaos-construct: Carnax, the zone's first Chaos Beast! Of all the creatures and golems he's created so far, Carnax is Iadoa's most EPIC one yet!

After playing through the release, members can access the Member-only Ultra Carnax Challenge Fight! You'll need a whole party, because his knockout LAZAR-punch can hit for 8,000 damage! But that damage is divided by the number of people in your /party! Victory comes with character and Book of Lore badges!

I posted this to my friends on Facebook and Twitter... but, um, it did not remain very secret. So we wanted to let you all in on it the news. We have officially begun work on AdventureQuest Worlds action figures. They are planned for release during the 10th year anniversary of the original AdventureQuest this October. What you are seeing below is a behind the scenes look at how an actionfigure is sculpted from wax. The sculptor is going to widen the chest and then make the arms. I guess... currently.... some monster has "dis-armed" him. This one should be finished in a few days and then work on Sepulchure will begin! (Shhhh.... keep it sorta secret ok?)

Chaos Lord Kimberly is signing her Card for fans

We were just sent a video from Kimberly, lead singer of the band One-eyed Doll (and also surprise-twist AQWorlds Chaos Lord). She took a silly video of herself going into Toys-R-Us and buying our card game! You can get the link to the video on the official the "AQworlds Battle On Battle Card Game" webpage She also has instructoins on how to mail her the card with a stamped, self addressed envelope -- she will sign your "...While rocking out" card and send it back to you.

It has been a while since I wrote a zone.... and as everyone predicted I got super carried away with all of the things I wanted to see in this first part of the DoomWood saga. We are in super crunch mode, racing to create as much of it as possible before the release. We are making some very interesting types of quests and some very story heavy cutscenes. I really like that Alina is helping write AQWorlds now -- she is bringing the deep, rich story telling style of DragonFable into our MMO. Nulgath is here at the lab working on the characters, J6 is almost done with the new backgrounds, Cysero is working on the cutscenes, Samba is animating monsters, and Beleen is... at college. Getting smart. Funny story... one of the most impressive brand new characters in DoomWood has A LOT of skulls on his armor. I jokingly told Nulgath that he needed more skulls. Nulgath said.. really? I said, still joking. YES! I just found out that for the past several hours he has been adding several hundred additional skulls to the characters armor O_O. For lag reasons... we might ease back on the skulls... but we will post the full skull version to go for the WORLD RECORD OF ARMOR SKULLS!