Get a head start on the week and discover all the exciting (and chaotic) things arriving this weekend.

Happy Monday! Usually Mondays are the most dreaded day of the week—unless you play AdventureQuest Worlds, because Mondays are full of surprises and spoilers on the Design Notes! 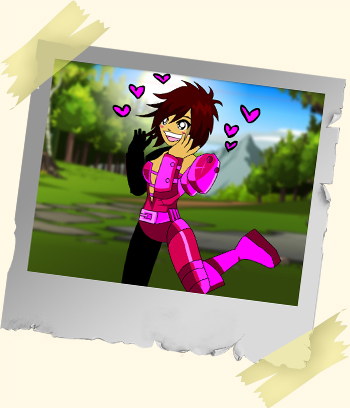 Allow me to make your Monday memorable by delivering your daily dose of sneak peeks. Let’s begin!

And this week, the entire (AQ)world will get to enjoy the artistic talents of Ven du Violetmist! Ven, who hails from the mysterious lands of Leviasea, has crafted beautifully ornate—and devastating—items for her Featured Artist Shop. 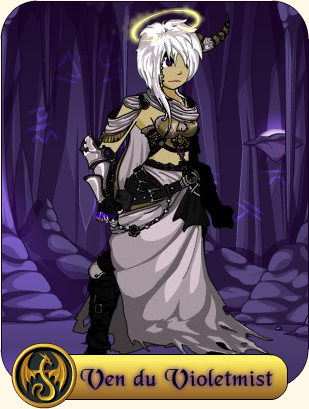 Since I have NO IDEA where Leviasea is, Ven has agreed to meet me for a cup of coffee so I can learn more about her and hometown of Leviasea. Oh and of course snag some sweet photos of Ven’s showcased items. How exciting!

Quibble is on his Way

Everyone loves Quibble Coinbiter. He’s your friendly traveling sales moglin who always has the BEST and RAREST items in his magical treasure chest. And he’s headed to Battleon this Friday evening!

Sure, Quibble brings sweet loot for a price, but he also brings priceless knowledge about the next Chaos Lord. And speaking of Chaos…

A famous warrior by the name of Napoleon Bonaparte once said, “The battlefield is a scene of constant chaos. The winner will be the one who controls that chaos, both his own and the enemies.” 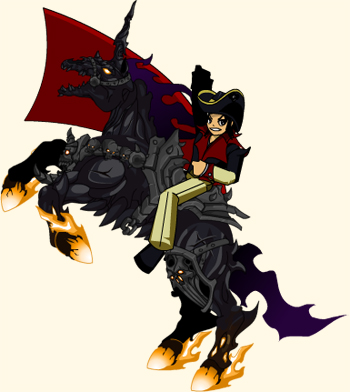 As we gear up for the beginning of the 12th Chaos Lord, the Chaos War returns. Drakath is sending his minions across the world, stirring up trouble and lending a hand when trouble becomes too much for people.

And now, heed my words and return to battle in your favorite online adventure game AdventureQuest Worlds!