Who Cut the Cheese?

Today we celebrate Cheese Day! Yes, just like Taco Day and TLAPD, this is an actual celebrated holiday. Um…we don’t really know where it’s celebrated… but right now it’s being celebrated in Battleon! 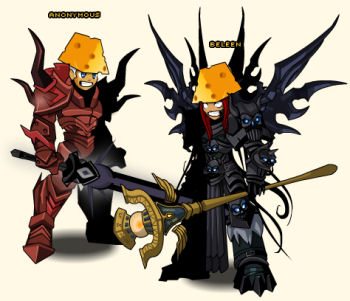 Talk to Khaddar the Black Market Dealer to get your hands on some tasty cheese helms: the Havarti Hero and the Munster Master. Time to look extra sharp on this special day!

These cheesy items will stay in his shop until we release tomorrow night.