Vordred is cranky and Faith Moves!

From time to time we take a look at older maps and see what we can do to make them play a little more smoothly.  This week's job is to re-tool the /vordredboss map in order to get the shops opening in the right order!

It seems that Vordred is being difficult, so we need to take him down and give him a little bit of a lesson on how to play nice with others!  While /vordredboss is getting rebuilt, you can now get the Blinding Light of Destiny Handle from Arryd's Doomwood Challenge Shop... for a limited time only!

Faith has really made herself at home in /Northpointe, which is why she has disappeared from Battleon.  Fear not, Beastmasters, as her Beastmaster Shop and quests have made the trip to Northpointe! 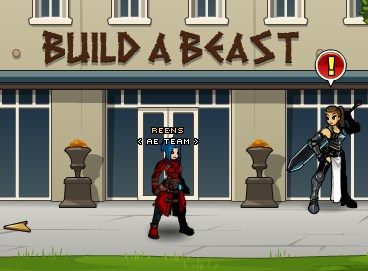 * Note: all gear tagged as "awesome" from Quibble's shop will return during the Firestorm Saga

Upgrades Now Work For All Players

If you weren't able to buy an Membership or ACs in the past few days, that should be fixed and everything should work as intended. Sorry for the delay and thanks for supporting AQWorlds!

43 days until Just Another Day

The Fix Is In

When I woke up this morning I saw 2 pages of bug reports about the same bug. People were crashing in Arcangrove. It was really frustrating because nobody could complete Reens' Daily potion tasks, or pretty much anything else.

Zhoom and I got to work and now we are fairly certain we fixed the issue.

Sorry to everyone who got DC'd during their fight and lost their progress, and thanks to the brave room of adventurers who helped me test the fix. The entire room made it through all 3 dailies without anyone crashing once.

Thanks also to everyone who went to the Release Bug forum and reported the bug. Without your very helpful reports and eye for detail it would have taken MUCH longer to fix it.

Have fun in Arcangrove!

Pay special attention to the Cysero entry in the Encyclopedia Arcana. Beacuse it's about me. Cysero.

Remember, if you think you've found a bug, the best way to let us know is on the Release Bugs forum thread!

There is another bug causing disconnections in other parts of the game. We're working to resolve this one now.