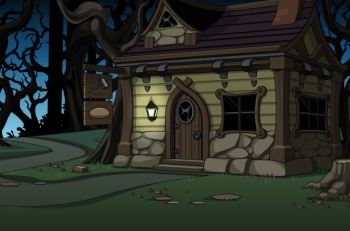 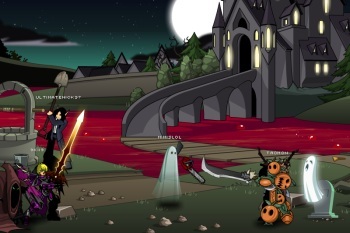 Yup. It’s pretty early in the morning where I’m from. Or rather, pretty late from the night before. And the new release is still hours and hours away from being launched… so what am I still doing awake?

A whole bunch of my friends on Twitter asked if I could write a Class Guide for the Shaman (I did a few before on Defender, Guardian, Bard, StarCaptain, um…) and I just couldn’t say no. Even though we are all so slammed with this week’s release and next week’s massive AQWorlds 10/10/10  Birthday Event, I wanted you all to get a sneak peak at Lore’s newest Class!

Okay so, that’s not *exactly* what the Shaman Class looks like. To be honest… the art for the Class isn’t finished yet. To be even more honest… I have no idea what the Class is ganna look like. But hey. You see those wings on his back—those ARE arriving tonight, and yea, that really do look that cool (…or hot, since they’re from a volcano…) Hehehe!

Alright, let’s get down to biz, Shamans… and Shawomans

Before swarming Rayst tonight when the servers come back up, you will need to have a Rank 10 Reputation with Arcangrove if you hope to take on the Shaman Class. So if you aren’t already there, I suggest taking the time now to make your way through the Arcangrove saga. (Don’t forget about the Dailys offered by Reens, Ewa, and that Paddylump fella if you need more Reputation)

Shamans are a Non-Member Arcangrove-inspired Class who share a deep connection with Lore's four main Elements. Commanding their primal instincts in battle leads these magic mavens to victory. Shamans regain mana when they strike an enemy in combat (with a more effective chance on criticals) and when they are struck by an enemy in combat.

As a Shammy, you get to master the following abilities:

Shamans heavily rely on their Intellect, Dexterity, and Endurance… and it never hurts to have some Luck throw into the mix. Enhancing your gear with Wizard enhancements would fare nicely for the intrepid Shaman…

…but I’ve got something better.

Yup, along with offering you the Shaman Class, Rayst will have another new shop selling a new set of Enhancement Patterns: Spellbreaker! Ideal for Shamans, Spellbreaker Enhs increase Intellect, Dexterity, Endurance, and Luck. This helps out tremendously when increasing your Magic Power and Critical Strike chance, which are what Shammys rely the most on.

Spellbreaker Enhancements work well for many Caster-type Classes. But it’s always fun to play around with different combinations of Enhs when building your character. And I know you are going to have a blast with this new Class!