Thank you SO MUCH to everyone who applied! We have a TON of promising applications (over 1000 made the first cut!), and are reviewing them all very carefully. I will be sending out emails to the applicants we'd like to speak to.

AQW mods know how to /party

Unfortunately, we cannot email everyone who applied, so if you do not hear from me in the next week or two, please apply again when we hold the next Moderator Hunt in March or April!

Thank you all for wanting to help make AQWorlds safe and fun for all our players!

Reens has received over 1800 applications to be an in-game moderator! Thank you to ALL of you who are so eager to help the AQWorlds community. We really do have the best users on the internet! But with so many applications to process, we need to end the submission period.* The last call for moderator applications ends tonight at midnight, server time.

But if you aren't old enough to apply just yet, read on!

Next Mod Application Period Begins in the Fall!

It's because we have SO many awesome players who want to help their fellow heroes that we're going to be looking for new mods multiple times a year. If you aren't 18 yet, but will be later on this year, all hope is not lost! We'll announce the start date of the next mod hunt once September gets closer.

Wall of AWESOME text ahead!

We fit A LOT into the first five months of the year... but we're not done yet! We've got some major, game-changing releases coming in AQWorlds this Summer. /Equip your Reading Glasses of Belief +5 and get ready for an eye-opening list of awesomeness!

This week I: Xan's Apprentice revealed!

Are you ready to get fired up? Xan is Lore's most powerful - and insane - Pyromancer... and he's ready to take on an apprentice. The only question is... which townsperson will it be?! Are YOU the unlucky one? If you aren't up to date on this story, /join volcano because this Friday's release looks like it will be Far(enheit) and away the most explosive Xan Saga release yet!

Dumoose (with the help of Yorumi, J6, Samba, and Solrac) have been pushing to get the Alchemy tradeskill ready for release, and that time has come! This Friday you'll be able to train your Alchemy skill, which will let you create consumable potions by gathering and combining reagents!

Different reagents will be required to make different potions, and as you train your skill, you'll be able to unlock new ones. (Unless, of course, your attempt fizzles. You'll just have to see what happens then!) The reagents - like Chaoroot, Rhison Blood, and Dragon Scale) started dropping last week from monsters through out the game.

Potions that can be created include:

A Bounty-Hunter's got to hunt... and J6's search for... something... is far from over! One thing's for sure: prepare for an EPIC journey through space, farther than you've ever been and WAY more dangerous than you dream.

Beleen crafted CRAZY-hard quest chains for the Blinding Light of Destiny and Sepulchure's Armor... but they're not done yet! We know there was a lot of confusion over the weekend about these quest chains, so we'd like to clear the misconceptions up.

Go on the quests from Artix to create the Blinding [X] of Destiny weapon series. These weapons are the FIRST tier of weapons in this chain. They will be required if you want to merge up to the second and third tiers of weapons. The art for each tier will evolve into a more awesome form...  and the quest chain's ULTIMATE reward will be: the Blinding Light of Destiny axe that Artix wields!

Battle through Vayle's quests to create darker versions of the Destiny weapon series. Just like with the Destiny weapons, they are the FIRST tier of weapons in a chain, and will also be required if you want to merge up to the second and third tiers. The quest chain's ULTIMATE reward will be: a new version of Sepulchure's Armor!

There was some confusion late last week about whether this was still true, but we clarified with Beleen and Artix today and it WILL be release at the end of the chain. It will be similar to the DoomKnight armor, but will be a slightly different color (based on the more intimidating shade we used in the Sepulchure action figure).

New art for the Blade of Destiny/Blade of Shade

The current art for the Blade of Shade and Blade of Destiny is NOT permanent. Dage is creating new, more awesome art tomorrow that will be used instead of the current placeholder art. (Made by my very handy Emergency Build-a-Blade file.) We will showcase the re-designed art in tomorrow's Design Notes!

We were NOT planning on releasing that, but it slipped in accidentally. We push hard every week to produce the most epic releases possible, but sometimes mistakes do make it in-game. For those of you who saw the art for they had on Friday, you got a sneak peek of the Necrotic Light of Destiny!

Coming this Summer I: Dage vs Nulgath War!

Evil vs Evil, a world-shaking clash of titanic villains! Later this Summer, Dage the Evil's Undead Legion will take on Nulgath the Archfiend's mass of followers in an all-out, no-holds-barred battle for control of the Underworld! Expect EPIC gear, never-before-explored areas of the Underworld, and an all-new cinematic cutscene animated by Nulgath!

Coming this Summer II: The next Chaos Lord!

Many of you might have met a Chaorrupted Chronomancer in your travels... but you should never trust a stranger. Especially when THEY are trying to get a feel for who YOU are. This Summer you'll be (re)introduced to the next Chaos Lord, and he has MANY plans for you!

A Hero is a Hero, no matter what time or dimension they are battling in, and the same holds true for you. Learn how AQWorlds came to be created when Galanoth slew the Dragon of Time, and how the merging of AdventureQuest, DragonFable, and MechQuest created who you are NOW... and what it means for your future!

Guilds ARE coming this Summer and we are PLANNING to do a lot with them*! The initial launch will happen at the end of June while Phase II will take place in late July on a member-only PTR server. (Public Test Realm server, where members can test... and BREAK... the new gameplay features we want to release!)

Phase I will let you create and join guilds. We have yet to work out a LOT of the details (we are meeting later this week to finalize numbers/sizes/etc), but here is what Yorumi has working so far:

Phase II, Yorumi says, SHOULD let your guild create a customizable guild town in which you can position the buildings you purchase. This involves re-working the way AQW's housing system works, but Yorumi has been making good progress.

He also wants to set up some system of GvG and GvE wars: Guild vs Guild and Guild vs Environment wars. Those may have to come later on, but it is something he REALLY wants to make happen. No promises, though.*

Again, there are still a LOT of details to work out, like member perks, the rules for guild leaders/members, etc. We will do a bigger Design Notes post once we have decided on these things,but those details might not come for a while.

We are REALLY excited about getting Guilds in-game finally! We hope you all are looking forward to them, as well. Yorumi would like to hear what YOU would like to see happen with guilds, so if someone could create a separate brainstorming thread on the forum, he says "thanks!"

* A plan is NOT a promise. Sometimes we talk about things to see what you think of them. Until we say "this is finished and is releasing," plans are subject to change. We are always excited about everything we plan on releasing, and sometimes we are just as disappointed- if not more - thank you guys are when things don't work out.

Reens and Stratos have received SO MANY email applications to become an in-game moderator for AQWorlds! It will take them time to go through all the applications, but they WILL email the people they are interested in; unfortunately, they cannot reply to everyone. We will announce when those emails go out, so please hang tight.

Thank you to everyone who wants to help make this game as safe and awesome as possible, we really appreciate your desire to help!

Man, that was a LONG Design Notes with a LOT of information! We've got SO MUCH to do this Summer! We hope you guys are excited, because we are SO READY to heat this Summer up with epic releases!

All they want to do is eat your brains!

And the brains of every single person on Lore! Sepulchure started this war, but you are going to have to be the one to end it, Hero! The war meter is at 62% right now, so you've got 8% to go before you unlock the boss fight! Which of your friends will be the first to fall to the raging horde of Zombies? 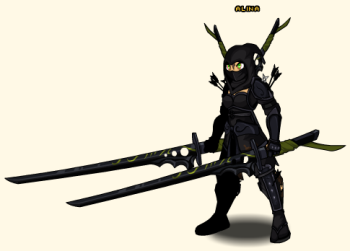 The war continues this week as the toxic fog creeps across the land, turning innocent townsfolk into terrifying undead! Dark truths will be brought to Light this week, but not before you and your fellow Heroes take down the millions of undead swarming out of Swordhaven!

Tomorrow is the 2,055th anniversary of Julius Caesar Germanicus's birthday. A famous general, ruler, and directly responsible for both Nero and Caligula (the first fiddled while Rome burned, the second made his horse a politician), tomorrow he rises again to lend his military might and strategic knowledge to the army of undead plaguing Lore!

We'll have the Zombie Caesar Armor and more in a Limited Time Shop available until next Wednesday!

And now a word (actually, many words) from Reens, AQW's Lead In-Game Moderator:

Hi guys! Stratos and I are looking for new mods for AQWorlds (and HeroSmash), and now is your chance to apply!  One thing I have to stress - you MUST be over 18.  If you are under 18, if you don't include your age, or if you start with "I'm not 18 yet, but..." the application will not be considered.

Please send your COMPLETE application to [email protected] .  If the application is not complete, we won't consider it.  And please, one application per person. Stratos and I will read all the applications.  If you are chosen to go through a further interview, we will contact you. Unfortunately, we cannot reply to everyone.