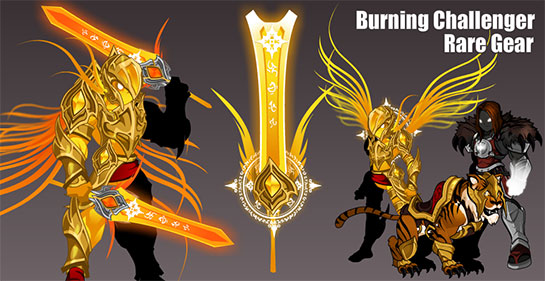 5 years in the making... The DragonFable story was crafted by both the team and players. Sepulchure, Drakath, Xan, the Elemental Orbs, the Dragons, the Myserterious Necromancer... now, it is time! Join us this Friday (tomorrow) as we brace for the epic conclusion of DragonFable! This has never happened before in the history of our gaming organization. Be a part of history as the unthinkable happens. 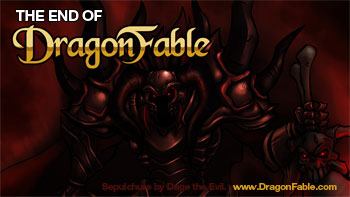 ... remember friends; every end, is a new beginning. Join us on the forums and at DragonCon 2011 as we join players in brainstorming and discussing about what will happen DragonFable next! If you upgrade in DragonFable you will also unlock the DragonFable shop in the Guardian Tower in AQWorlds. Read Geo's official DragonFable design notes post.

Will Vordred become the Champion of Darkness?

The final battle with Vordred is coming this Friday... and as of the time I posted this at 7:30pm EST on Monday night... I am still writing the finale. (Only 4 days left!? Plenty of time O_O) Aside from the terrifying looming deadline of Friday this release is both very exciting and a little sad. Because DoomWood has been, according to the playerbase at large, one of, if not the most, popular storylines in AQWorlds thus far. Each week topped the previous. We broke almost every rule in the game during the course of DoomWood... which brings us to the point of this post -- why should we adhere to the rules with the Boss fight? Inspired heavily by the recent Sepulchure vs Drakath boss fight in DragonFable, this week's saga ending duel will be different from the things you have seen before. More coming tomorrow. Oh, and while you wait for tomorrow's post, can you give me a hand writing the finale?

Forums/Twitter Question: What unpredictable things would you like to see happen during the finale?