Login NOW to save the Underground Lab from a beatdown by ULTRA BRUTALCORN! The continuation of BattleCon 2013: an in-game convention continues this Friday with an expansion to the Secret Underground Lab map. Normally the SUL is invaded by ninjas or zombies roughly every couple weeks. We know how to handle those attacks. 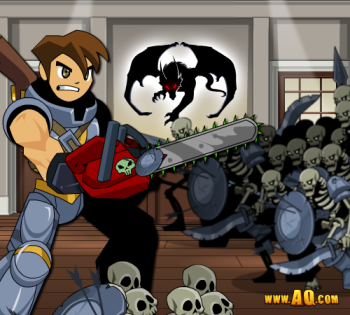 NOT THIS WEEK! Something is hiding in the shadows of the Room of Gloom, racing through the Soundbooth of Horrors, shattering windows and dreams with well-placed blows of his hind hooves. 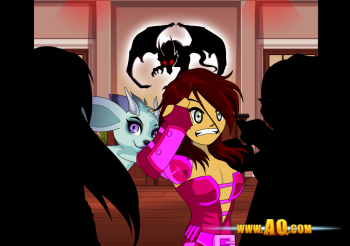 Here and there and everywhere... wreaking chaos in the Lab. It's up to YOU to stop ULTRA Brutalcorn, Hero! (You didn't think he was done with you after last Friday's battle, did you?!)

Tonight, get ready to:

You can buy the Dragon Shinobi class from Ragnar in Battleon for 2,000 AdventureCoins until the class goes rare around our NEXT Birthday. However, until the birthday event rares leave, you will be able to EARN the class and all the extras completely free and all you have to do is help clear all these monsters out of the Lab and BattleCon! 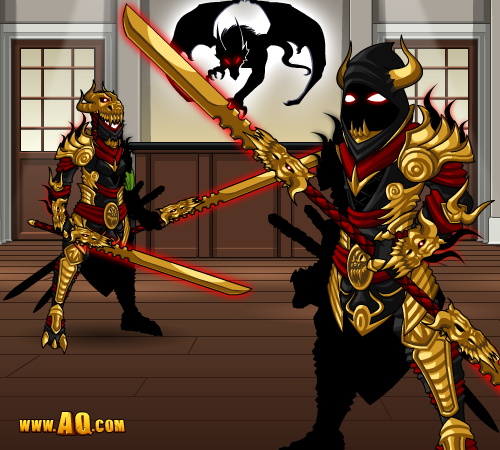 Alina will give you the quests you need to earn the class and also has the merge shop where you can buy them. Legends can access a daily quest which will let them earn triple the number of tokens, but with a little effort, everyone can earn the class before it leaves!

Who's our favorite Dragon Shinobi? YOU ARE!

Just REMEMBER, the chance to earn the class is a special bonus for those of you who were here to help celebrate AQW's 5th birthday and AE's 11th anniversary! Once the birthday event rare gear leaves on November 18th, you will no longer be able to earn the class. But 1 month should be PLENTY of time for anyone to earn it.

It wouldn't be a party without presents! The monsters in the Lab will be dropping permanently-available gear, and you'll find the Birthday Present rares shop when you talk to Artix!

Much of this year's birthday gear is based on the Shinobi and Ninja culture to celebrate Artix's appearance on America Ninja Warrior, and because so many of us have read The Book of War andThe Book of Five Rings.

We haven't forgotten BattleCon 2013: an in-game convention... or that today is Canada's Thanksgiving! Happy Turkey-day, Canadians! The Canada Thanksgiving Day shop will remain in-game until next Monday, October 21st. 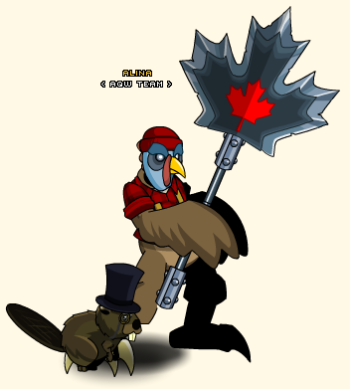 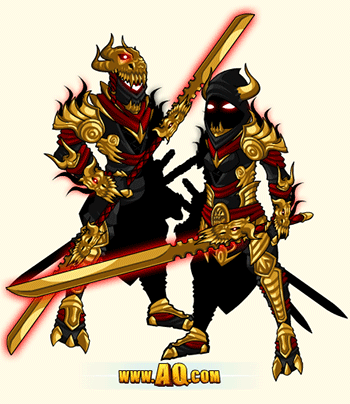