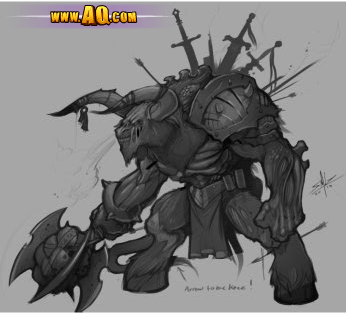 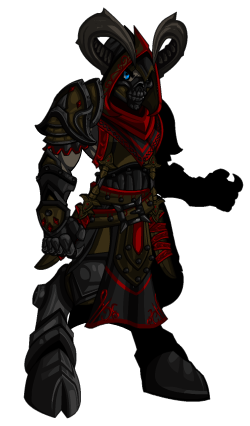 The Darkblood City of Falguard. Its great stone walls and massive oak doors have kept the secrets of the Darkblood safe for centuries... until now.

Months after mysteriously disappearing from Onslaught Tower, Archlord Lionfang has reappeard as Chaos Lord Lionfang and he is turning his chaorrupted army and startling new powers on the city of Falguard!

Join forces with Captain Madra of the Falguard Dreadwatch and safe as many of the Darkblood people from his wrath as you can. His powers are great, but if he unlocks the secret of the Darkblood weapon against Chaos then there will be no stopping him.

The city of Falguard features the Thunderforge Reputation Shop, Daily Rep Quests, repeatable rep grinding quests for Members, a Darkblood Weapon Shop, the Darkblood Armor shop and even the Darkblood Styalist for those of you who need your horns reshaped by Darkblood magic.

As always, this is just the beginning of the Reputation Shop. it will continue to be filled as the storyline unfolds before you.

Here's what you need to know.

It's as simple as that! This really is one weekend you don't want to miss out on.

This weekend it is Stratos and Vokun's Birthdays! Stratos is our Bug Hunter General as well as a holding a number of other positions in AE. Vokun is one of our newest volunteer developers on AQW's art team!

You can find Stratos's Birthday Shop in Battleon and Vokun;s in Shadowfall, but if you get lost just talk to Stratos in Battleon. His button should take you to Shadowfall!

We are getting reports that some of Vokun's birthday items are missing but we added everything that he sent us. He might have left a few items out of his show so we will add them as soon as we get them!

Don't forget that Quibble Coinbiter will be coming next week with a bunch of super sweet rares and items! he's always got some interesting stuff!

We added a big button to the Dragon's lair in battleon ebcause quite a few ne players had no idea that it was there. Just dropping some love on an old favorite.

The new Jade Samurai set has replaced the Golden Set that accomplanies the ONE YEAR UPGRADE. This set is ALSO Limited Time Only so grab it while it lasts!

Coming next week: Watch as a young King Alteon defeats Gravelclaw the Defiler, imprisoning him deep below the Forest of Chaos! Members will need to battle to the bottom of Shattersword Cavern to stop  him from rising again!

This will be a pretty fun weekend and I have a few alts to level so maybe I'll see you guys on AQW!

Have a nice weekend.

This Friday the new Chaos Lord Lionfang saga continues in the Darkblood city of Falguard.

This week you will enter the mysterious Darkblood city of FALGUARD, whose doors have remained closed to outsiders for years. The Darkblood Scroll has been translated and a newly empowered CHAOS LORD LIONFANG plans to test out his new powers searching for the Darkblood weapon that may be able to defeat Chaos.

The City will feature the Thunderforge Reputation Shop (on Madra herself), A Weapon Shop, An Armor Shop, a Hair Shop, at least one dark alley, a few quests to grind Thunderguard Reputation (more for Members) and, of course, the storyline quests.

Can you find the secret weapon of the Darkblood before Chaos Lord Lionfang rips Falguard apart?

Other Stuff Happening This Week

Stuff Coming In The Future

We're working on some new Membership perks for you guys, in addition to the one that Alina talked about earlier. We are trying to workout a system where Members would simply get MORE ACs. If you buy the 2000 AC package and you're a Member then you would get more than 2000 ACs.

How many more? Still working on making it happen (It may never happen, but we're trying) so we'll saw for sure at that time.

Next week Quibble will be coming back to Battleon and will be bringing a host of all new, slightly used rares from the future (and past in this case). A few of you were asking if Xavier Lionfang's Silver Lion Armor would be released during the Lionfang Saga... well, it is.

Funny story: ORIGINALLY the Lionfang armor art was silver, but went back for a recolor and came out the gold version that we all know. Makes sense that Xavier would get his big brother's hand-me-downs.

The Search For New Mods Continues

Reens and Stratos are still looking for a few good players who help expand the Moderator team of AQW.

If you want to know how to apply, READ THIS CAREFULLY. I've had people e-mailing me and even trying to apply on Twitter which just proves that you either

No matter which way you go, if you can't even apply correctly then you lacking some very necessary qualifications that we need in our Mods.

People have been asking me who "won the Mod contest?". I can't stress enough that this is not a contest to be won, it's a volunteer job to be applied for. It's a pretty serious and necessary position and we have some fairly high standards for what we expect from our Mods.

It's hours and hours of helping, reading thousands of player reports and trying your best to help other players. It's a thankless job but that's OK because we don't pay you anything. We even put restrictions on the items that Mods get. The only rewards are a gold name, the chance to test the releases before they are finished and the chance to help make AQW a better and safer game for everyone.