The Cauldron Sisters are back to wish you a Happy Mogloween! 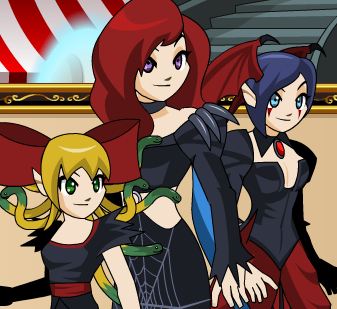 This week we are re-opening MystCroft and the surrounding Mogloween-themed areas to everyone for a recap of ALL the previous Mogloween releases! This will give all the players who have started this last year a little time to play through YEARS worth of Mogloween content to get all caught up before we release ALL NEW MOGLOWEEN expansion coming OCTOBER 28th with all NEW Mogloween seasonal rares! 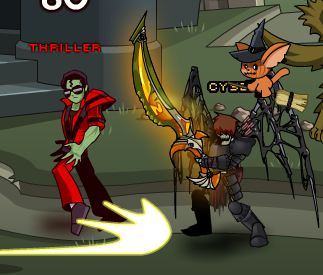 Fight the evil dentist/scientist Dr. Voltabolt in his Dentist Office of Nightmares, Battle huge Moglinsters, Fight Mailk-EYE and the other Children of the Candy Corn and the StalkWalker ... 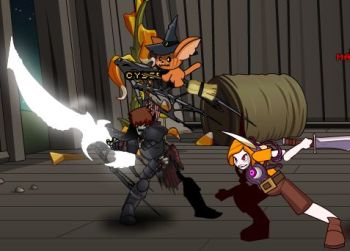 And of course battle the Pumpkin King for your chance to earn the ever popular Pumpkin Lord CLASS! 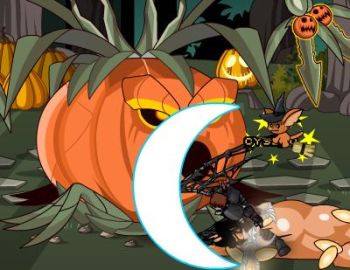 There are SO MANY seasonal rare items and armors to be earned in this holday event and we can't wait to add more on the 28th! Happy Mogloween!

First off we've got a new MEMBER PERK! Members can now change the backgrounds on their character pages! All you need to do is explore your favorite maps and click the Set Background buttons that you find to pick your new background. 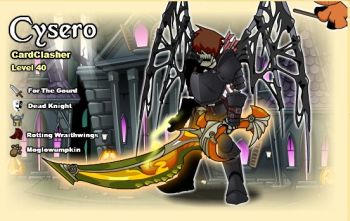 We even added a special Mogloween one which you will only be able to get as long as Mogloween continues!

Next, we've added a SERVER CLOCK to the game.

It can be found right in your options menu! This will let you know what time it is here at the Underground Lab (as well as other places like New York, Philly, Boston, Quebec, Ontario and everywhere ELSE in the EST time zone) which sould come in VERY handy for you LQS nuts!

THEY MIGHT BE GIANTS AQW BIRTHDAY EVENT STARTS NEXT WEEK!

That pretty much says it all!

Our biggest special event ever is coming Friday, October 14th!

Friday After That- They Might Be Giants special event PART 2!

You can expect more out of this special 2 part release than we have EVER done for any of our events before! The story is bigger, the rares are bigger, the guests are HUGE (pun intended), We are raising the level cap to 45 and adding other surprises I don't want to spoil!

If you missed the news, our Pumpkin Carving Contest is on again!

The past two years have shown that you guys are INCREDIBLE carvers. Check them out for inspiration; 2009 Pumpkins & 2010 Pumpkins!

We are taking submissions over at the forums RIGHT NOW. This contest ends Monday, October 31st. Winners will be announced on the Design Notes and the Forums on Friday, November 4th! (The same day you get your 3rd Upholder treats!)

Like the previous years, the Grand Prize winner(s) will receive 5,000 AdventureCoins and additional prizes may be awarded to other groovy gourds! This includes a custom Mogloweeny weapon custom made by me. Last Year's Winners received the For The Gourd sword that you can see in my character page picture above!

You want to know how to enter right?

Wait-wait that's not it! These rules and guidelines are simple but MUST be followed accordingly for your entry to be considered eligible:

• Your pumpkin MUST be carved BY YOU!

• Only ONE photo submitted per person, please.

• Your pumpkin MUST be your own ORIGINAL WORK! Any work that is copied via Internet and/or Stencils or simply Copy-Pasted of some supreme pumpkin-carving legend will lead to an automatic DISQUALIFICATION.

We will also make fun of you here at the Lab.

• Include an index card or a piece of paper with the year (2011) and your (and only your) AQW Character Name--this way we really know it's made by you, and so we can award you with AC prizes if you win! Make sure your AQW name is readable and legible!

• Your pumpkin carving can relate to anything from AdventureQuest Worlds or any other Artix Entertainment game!

• Your canvas must be a pumpkin or another form of squash and/or gourd. (since people have asked, Melons count too)

• The photo of your carved pumpkin must be of the Highest Quality—the bigger and more clear the picture, the better! Make sure that you provide a VALID URL to your photo. Try using a reliable photo uploader like Photobucket, TinyPic or Twitpic.

• You have until 11:59pm EST on Monday, October 31st to submit a photo of your carved pumpkin!

Don't get sick on all that Moglweeny candy!

Do you love battling your friends and foes, but only on your OWN terms? Do you want to prevent nasty cases of random "Shattered-Skull Syndrome" or inconvenient bouts of the "Battered-Bone Blues"?

Yes? Excellent! Then we have the solution for YOU! Just head into your options menu and uncheck the Duel Invites button! 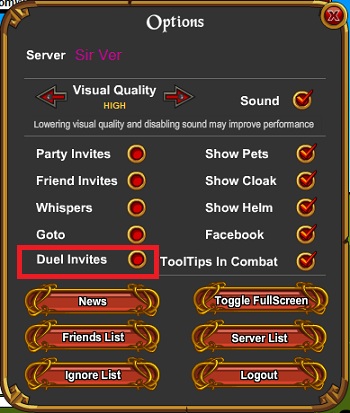 Your Options screen if you DON'T want to duel.

This new option is LIVE! (Right now!) But that's not all Yorumi's made progress on...

Character Pages are getting a NEW look!

Have you ever wondered what AWESOME armor the enchanting new Mage in your party has equipped? Too shy to ask? Then you'll find our handy-dandy, new and improved Character Page feature that displays what your fellow players are wearing a huge help: 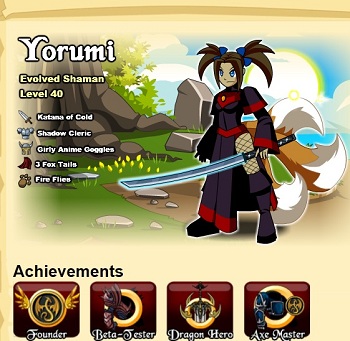 Yorumi worked hard ALL day! /Cheer him on!

This feature should go live this Friday! It's looking good in testing, so with luck, you'll have a shiny new, much more useful, character page this weekend!

Bits 'n' Bobs about other News

Have an excellent Tuesday night! We'll see you all tomorrow for another day of writin', gamin', and rockin' the Secret Underground Lab!

A Six-Sational Week Coming Up!

J6's storyline and feature updates ahead!

Junk in the trunk? Who would'a thunk? J6 could, would, and DID! And so did all of you, because you kept requesting more Hyperium updates. That's why, even though he's on a well-deserved vacation this week, we're taking you from the Sandsea's Spitoon Saloon full of hard-ridin', quick-shootin' cowboys all the way into... SPACE! 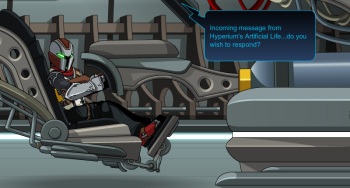 This Friday you'll want to check out J6's popup text for the hint to where the next encrypted Datadisk is hidden. Happy hunting! And once you find it, you'll need to make your way to the Hyperium's reality-bending VR Room because the search for item 58-Sr3 is ON, and it's VITAL J6 finds it! 58-S4r3 is the key to a plan that's been in production for millennia! 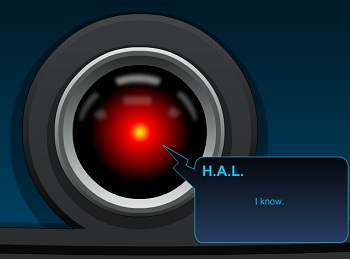 The Hyperium's Artificial Life system is voiced by Warlic.

Remember, though, that everything you'll be seeing in the VR Room is all a part of J6's memories, as replayed by HAL. And memories can contain a lot of clues about a person... IF you're quick enough to pick up on them! What have YOU learned about J6 so far? And what will you learn this weekend? Better sharpen your wits and polish your six-shooters, because you're going to need to puzzle (and BATTLE!) your way through Friday's out-of-this-world update!

That's right, it's time for another round of Player Suggestions to be released in-game! We've gotten some REALLY good submissions, and we're eager to see your art Flashed-up and spiffified by our artists. If you haven't shown us any of your art yet, head on over to the AQW Suggestions board and share it with everyone!

We've been planning on making some feature changes and updates to the game for a while, and now that the DoomWood Saga is over, we've got the means and the manpower to make them happen!

Here's what we'll be working on this week: 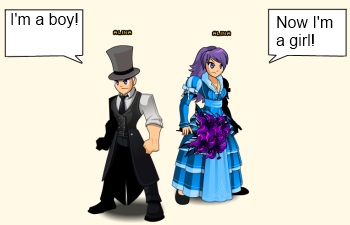 We're PLANNING on getting ALL of these out this week, but we can't promise that EVERY one of them will be released. Most of these feature implementations are on Yorumi's schedule, and he also has to code the J6 release. So if you're really eager to see these get in-game, make sure you /cheer Yorumi on!