Forge Your Own Path

Combat fans, class enthusiasts, and min-maxers... this one's for you! This weekend, we've got another blacksmithing update! Back in July, Cysero’s Forge opened up with a selection of new enhancement traits, quests, and gameplay options. You told us you loved it, so to kick off September, we bring you Blacksmithing Update part 2 this Friday! 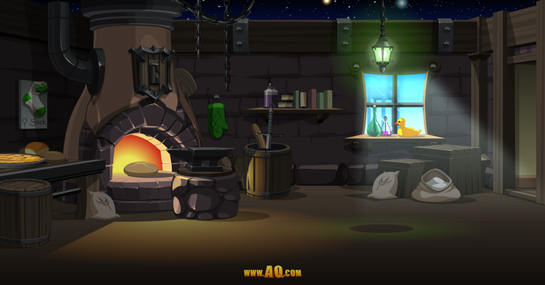 As a reminder, in part 1, we revamped the Blacksmithing faction with a new set of farming quests and allowed you to reach rank 10 Blacksmithing- previously unattainable. (Read about that update here.)

By increasing your rank, you unlock quests to permanently unlock access to new enhancement traits, which drastically change how your classes can perform. Now, two months later, we bring you a brand new set of traits along with a makeover to the /Forge room!

The first update to Blacksmithing largely focused on introducing options for soloing traits, with long cooldowns and little multi-target use. It also introduced a brand new category of gear traits- cape traits- allowing you to make your own builds.

This time, we’re rounding off the weapon enhancement traits with multi-target focused weapons traits, allowing you to bring your favorite farming classes up to speed as well! Additionally, we’re introducing helmet enhancements to further give you more building options. And finally, two more cape traits to add more variety.

As a reminder, weapon traits do not need to be unlocked consecutively- they can be unlocked in any order. This time, we’ll be more detailed in what you need to unlock the traits, and what you can expect.

Gain a stack of Elysian for every target struck, gaining a small but rapid HoT that stacks to 3, and rapidly regenerating 4 mana per second and increasing outgoing damage by 10%, lasting 8 seconds.

Elysium is an endgame weapon trait that has strong synergy with multi-target classes. Designed to bring many older classes up to more modern speeds while not entirely eclipsing the most powerful classes, and not affecting progressing players, it allows you to play with some of your old favorite classes once more once you’ve reached the endgame.

Gain a stack of Stygian for every target struck, afflicting you with a rapid DoT based on max health that stacks to 30, but also granting you an additional 30% damage dealt and Hit Chance for 6 seconds. Stygian also prevents Safeguard and Arcane Shield from applying.

Acheron is a more offensive but higher risk counterpart to Elysium. Most of the time, you’ll find yourself preferring the safer and risk-free Elysium, but Acheron has moments where it shines as well. Unlike any of the other enhancement traits, this one is only available to players who have the Dark Box and Dark Key from the treasure chest.

Because weapon traits are not sequential, we’re playing with the idea of using weapon traits (or variants of) as capstone and milestone rewards for specific gameplay branches such as this one. It intends to be uniquely and rewardingly different from Elysium, but not in a way that would upset balance if you did not have it.

Let us know what you think of this idea!

And finally, the new helmet enhancements! They will need to be unlocked in sequential order, like the cape traits, and will also have drawbacks when equipped. Each of the helm enhancements are actually a unique pattern, and will focus on different aspects of Core Stats.

After Blacksmithing Part 2, we’ll have a well rounded catalog of enhancements and enhancement traits that are integrated into gameplay progression and buildmaking. Since we’ve covered all the major bases, there likely won’t be any more large and sweeping updates to Blacksmithing in the future- just traits one at a time.

We hope that the steady gameplay updates like this one have brought enjoyable ways to experience the game without changing the spirit of the game, and can give you new build opportunities, goals to work towards, and fun experiences to be had.

They take more time and effort than most people would imagine, so I want to highlight the efforts and contributions of the different team members that made this possible.

Let us know what you think at @AQWClassTeam on Twitter, or on the Official Artix Games Discord!

Congratulations! Thanks to your tireless effort and steadfast determination, this weekend's war was finished last night. Wars are designed to be a great place to farm and level up. The rewards are intentionally higher than normal events while the war is active, and we'll leave them that way until this Friday, when they'll drop  down to their permanent levels.

These aren't large reductions for the gold and XP. The main change is that the drops have been halved.