The dragons of Gluttony, Pride, Sloth, Greed, Lust, Envy, and Wrath have been defeated. But Gorgorath, the Undead Dragon of Wrath, is not finished with us! She waits for us in her lair, deep in the heart of the Dragon Boneyard. On Friday, December 12th, battle to reach her and reclaim the Jewel of the Undying! 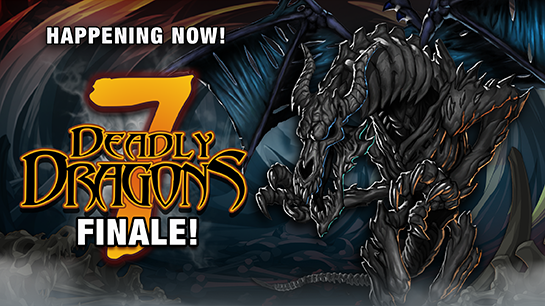 Deep under the town of Battleon, a Draconic Oracle breathes in the fumes of inspiration and divination. He will also direct you to find the Heptagonal Chest. He believes it holds an object that will help you towards your destiny, but cannot be sure. This Friday, the seventh Deadly Key will be available from Gorgorath. Once you have them all, speak to Galanoth to open the chest, and reveal... the Elemental DragonSlayer set and the Mysterious Mana Egg pet! 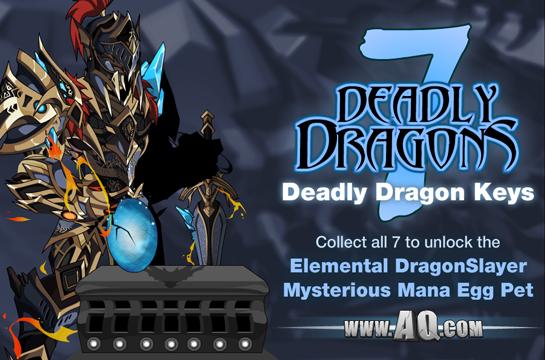 All of the items inside are 0 AC for free storage. Keep the Mysterious Mana Egg pet to unlock a new adventure later this year! (If you haven't collected all the keys yet, you've got plenty of time to start farming!)

Everyone's favorite Prince of the Dunes, Crulon, leveled up in real life this month. Last week, we celebrated his birthday with the Djinn Realm Guardians release. THIS week, he's got a shop full of gear for you! Find the Blood Collector and Prince of the Dunes armor sets in the Featured Gear shop until February 2nd, 2018. 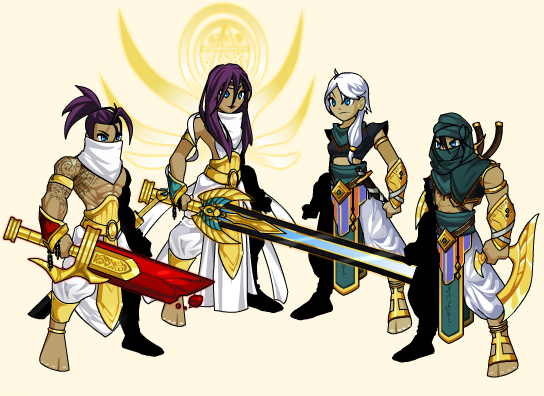 Earlier this week, two of our artists -- Dage and Thyton -- had WEY too much fun mashing up our iconic Twilly NPC/Moglin Healer with a current viral meme. Today, Memet turned their art into in-game pets. Until next Friday, January 19th, find the Shoyu Daway and Daway Ovda Force pets in the Featured Gear shop in your game menu! 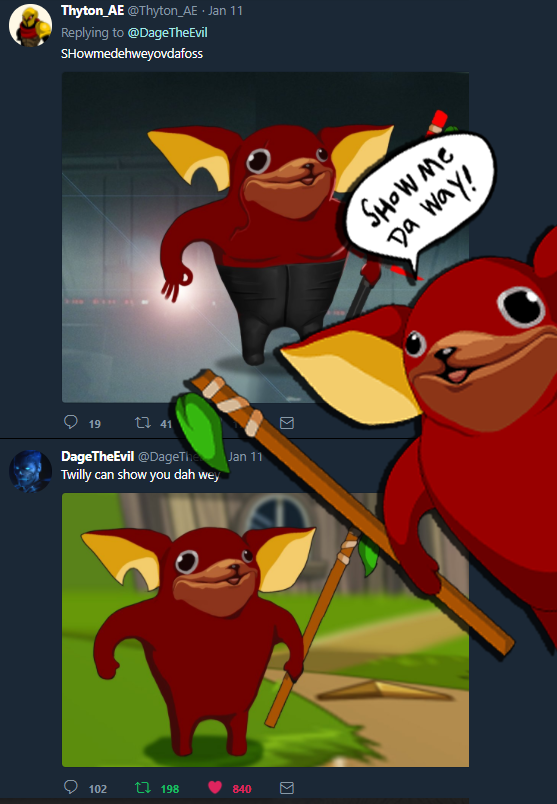