Cleanse the Valley Of Ghosts

The Shogun of Shadows Story continues this weekend!

The story so far... One of Akiba's greatest enemies has returned to make war on Yokai Isle, and this time, he has a dark new ally. In the first conflict, Emperor Daisho fell in battle, leaving Princess Miko to rally the troops and defend her country from Jaaku, the Shogun of Shadows. 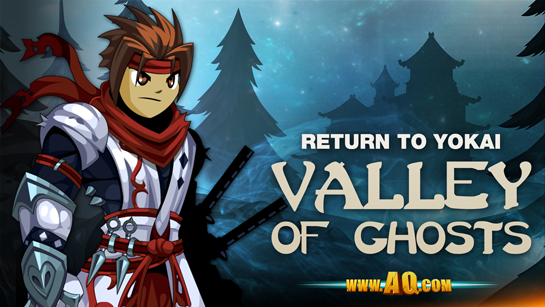 This weekend... Empowered by an ancient artifact which enhances her Battle Priestess powers, you, Miko and her cohort head east to Jaaku's fortress. To get there, you must pass through the war-torn Heiwa Village. Once an idyllic town, its people must now fight to defend themselves from the ghosts spawned by the recent Shadow War. Their leader, Koro, offers a bargain - help them drive out the angry spirits, and they'll join you in your quest to slay Jaaku's 8-headed Shadow Dragon!

This year, one of our focuses has been on featuring a new roster of artists from the AQW community. We have so many talented artists out there, and the reception has been great. This weekend, we're featuring once more Yo Lae, an avid gamer (and Nulgath fan!) who's been a part of our community for years, and their Void Shogun armor set. 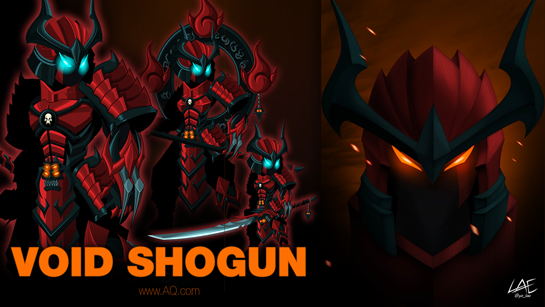 If you're a fan of Nulgath's designs, it's time to break out your resources! And if you're not sure who Nulgath or the Nation are, here's your chance to learn. The Void Shogun's quest is based on one of the classic Nulgath quests, the Fiend of Nulgath.

To accept the quest, you'll need to complete the release in /heiwavalley AND have the Void Monk of Nulgath armor from the merge shop in /quibblehunt.

Gather the following items to turn the quest in to get the pieces of the gear:

The 0 AC farmable Void Shogun set is a permanent addition to the game, so if you do not have time to farm this weekend, never fear. It will still be here when you do!

We're calling back to the fan-favorite "Shadow of Nulgath" set and with Yo Lae, created the Shadow Void Shogun set. Find the pieces of this set in your Featured Gear Shop until September 30th. 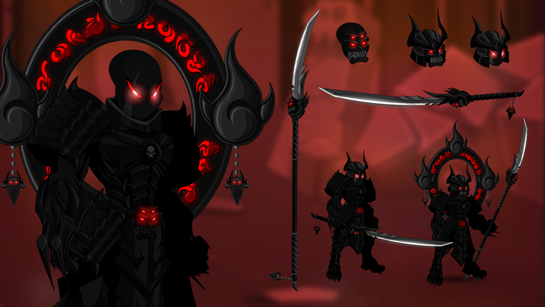