Coming This Friday: Trapped in Time! 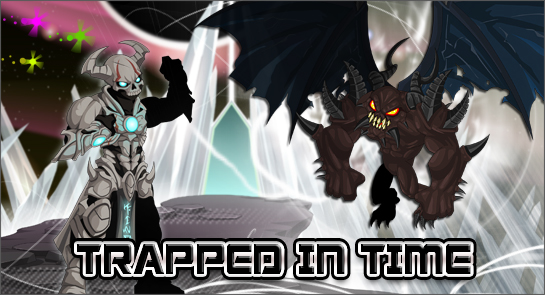 Final told us: "I learned of AQW through an ad on the Adventure Quest original game site. My account was created mere days after the Beta had ended, sadly. Since the day I began playing, AQW has stuck to me. The weekly releases always keep me coming back, and I never fail to love every one. Another reason I have played so long is the great community I dedicated this releases to "Stars." It is a collection of multiple guilds all together, hosted on Starsinc.co" 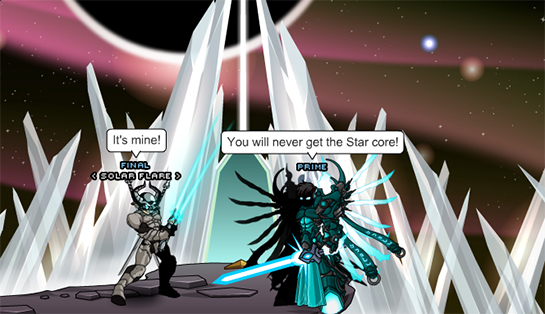 Clairis writes: "I was first introduced to AQW in 2008, by my brother, Narej. I excitedly made my first account and have played nearly everyday since then. The constant new releases, and my awesome guild, Solar Flare, keep me very interested in the game." 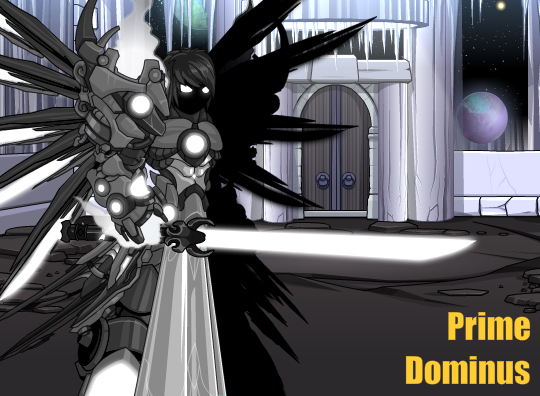 He guards the Star Core... and will not give it up easily!

They are taking you on an adventure through space and time, and when you're finished, you'll unlock farming quests for some of the best gear in the entire release!