Last week, the heroes of Lore banded together to defeat the Kaiju Corsair fleet, and now all that stands between Lolosia and safety are… Captain Kraylox and the Kaiju, Klashex! This weekend, log in and take on the captain and deadly sea-beast to win the war and unlock all-new loot. YARRRRR! 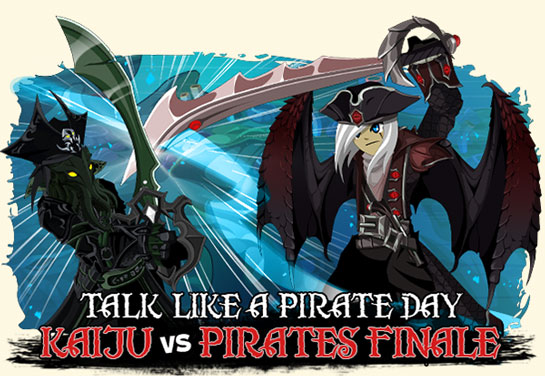 Even though the war was won last Friday, you can still /join Kaijuwar then click the catapult to head into battle! Fight monsters and turn in quests to farm for war rewards. Then, this Friday, log in to: