The Last of the Silver Sun Treasure is Now Here!

Yarrrr! Talk Like a Pirate Day be almost upon us, and that means it's time to hunt for TREASURE! Talk to Esprit d'Cour in Battleon to begin the tunt for the color-customizable Silver Sun Cutlass! Use the map to find the area in-game to hunt through... then prepare to battle ALL the monsters to see which ones drops it! 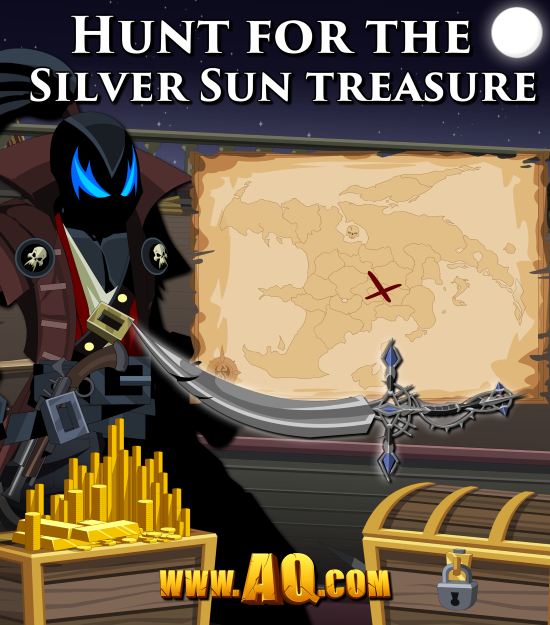 Our Talk Like a Pirate Day release arrives TOMORROW NIGHT, and the Silver Sun Cutlass will go rare until next year... But you'll be able to