Yarrrr! Deep Terror is rising across the world of Lore as Naval Commanders prepare to clash in a seabattle against the Pirates... and they aren’t content to keep the battle abovewater! Defeat the Dread Fleet, or face death from below! And the town of Lolosia is the prize! 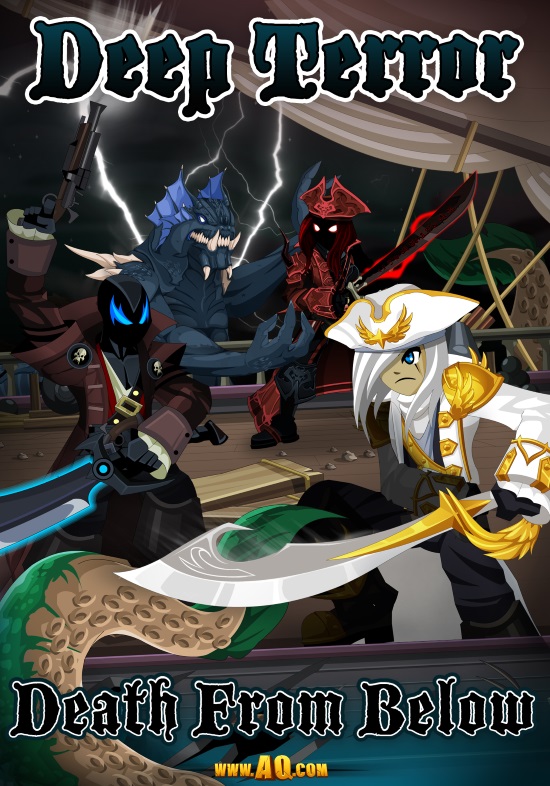 As Beleen says, "Pirates be lovin’ some booty! And ye too can plunder yer loot from Quibble’s Treasure Chest now that he's made landfall in Battleon. Quibble Coinbiter, our time-traveling sales-moglin, has brought piratal loot from the past, present, and future to sell to you... for a price! 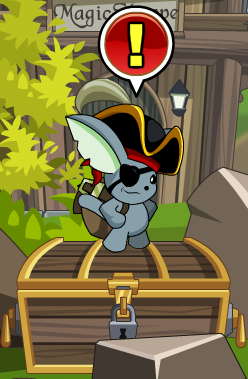 Some o’ thee best booty in all the seven seas includes: 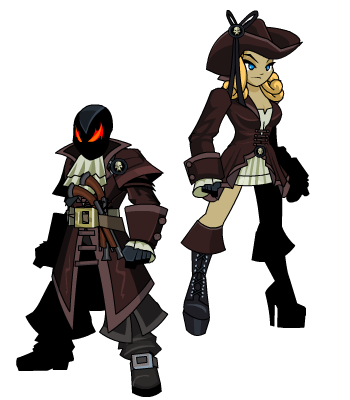 When you're sailing the high seas with a crew of rough-and-ready sailors, you need to command RESPECT... and we've got just what you need to do that: an entirely new class, the Naval Commander!With skills designed by Zereldo and art by Laken, this Class will return each year in our Talk Like a Pirate Day Quibble shop! Everyone can get the Class for 2000 ACs, or Legends can buy a version with gold! 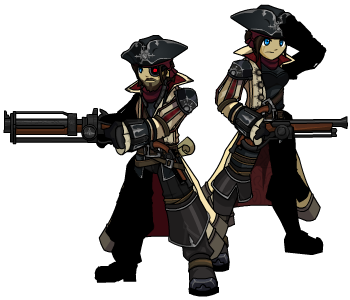 Originally intended for release as a Naval Commander armor in 2015, with so much excitement building over the art, and to make the NC Class stand out on its own, Laken's High Seas Explorer has become the new Naval Commander Class! /cheer

If you have Dage's Deep Terror Blade, talk to Lucia in Lolosia (/join pirates)to begin a daily quest to its five exclusive prizes! The quest will be around forever... but you can only complete it once a day!* 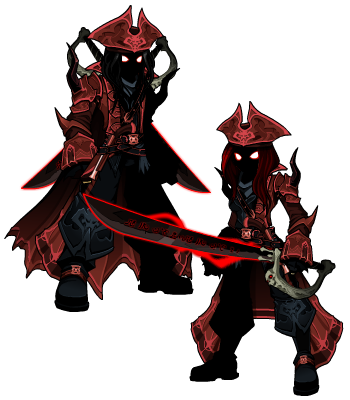 * Originally planned to award one prize per day, this changed to having the quest permanently available so that you could farm for all the gear whenever you have time! There is a chance for any of the 5 rewards to drop each time you complete the quest.

Other activities and shops available in Lolosia:

The Naval Commander armor that arrives each year with Talk Like a Pirate Day is one of our most popular designs.

As with all contests, we reserve the right to award those who go above and beyond! Stay tuned for more details early this week. 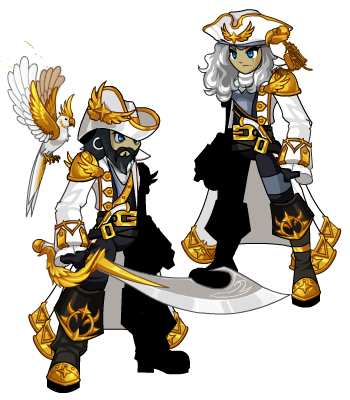 As we prepare for a HUGE release full of gear for all players (details coming Monday), we are also getting ready for the end of the Naval Commander vs Pirates war, exclusive boss drops, and more accessories coming to Quibble's shop!