Join the Undead Legion to unlock our newest Class!

Battle through Lore as a Champion with an army at your side when you join the Undead Legion! Followers of Dage the Evil have fought hard through the deepest dungeons and braved the Underworld to reach his side, and now he offers them his greatest gift: this Friday, the Legion Champion Class will be available to ANY member of the Undead Legion for either 2000 AdventureCoins or 2000 Legion Tokens! 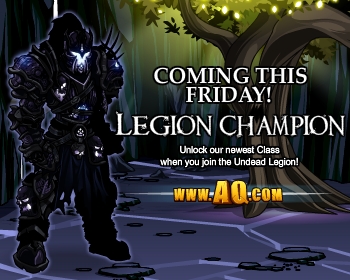 Will you become a Legion Champion?

With a mix of melee, ranged, and berserker-themed skills, Dage and Dumoose are designing the ultimate undead warrior!

To reward his loyal followers even further, Dage the Evil is creating an all-new item FREE item just for Undead Legion members! This item (maybe a pet, maybe a weapon...) will be 0 ACs and 0 Legion Tokens! You won't need to quest for it, you'll just need to get yours from his Undead Legion shop! 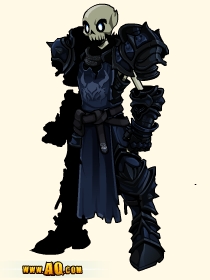 First look at one of the new armors available for Legion Tokens!

Dage has been hard at work crafting gear for you to spend your Legion Tokens on! He's creating two new full sets ONLY available for Legion Tokens... will you have what it takes to claim all of the new equips?

Trigoras has plagued adventurers in the original AdventureQuest for years, and now it's your turn to face his wrath! Take on one (or all four!) levels of our Trigoras challenge this Friday, but be prepared: when you THINK the fight is over, the battle's just begun! 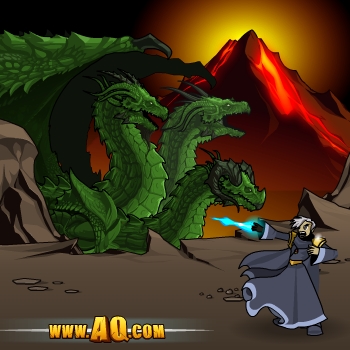 Happy Freedom Week, North American players! Because today is Canada Day and Thursday's the 4th of July, the Freedom Days shop is now open! Members: don't miss out on a chance to get the 2013 RARE Golden Cannon pet!