Focus on the Locus Magicalicus

Power. Magic. LIFE. Coursing through your mind, heart, and soul. Mages might wield mighty power, but that comes at a price, and it is not always easy. It takes great control, both of the mind and the will. In our world and the universe of Sarah Prineas' The Magic Thief, mages use aids to focus their concentration and power. That was one of the reasons our universes blended so well.

With that as an introduction, let's move on to magic lesson #4:

Each mage in AQWorlds has a focus, usually made of stone*.  These stones allow the mage to hook into the ley lines and nexuses of magic which transverse the planet, and can guide them to the lines and reservoirs of magic across the world. 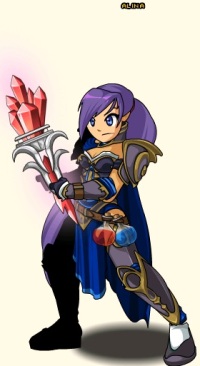 One of 6 member-only Focus Stone Clusters

With practice and a stone for which they feel an affinity, a mage may also use the focus stone to enhance, to boost, their power. The crystalline structure of many stones allows it to hold the focused power mages channel through them.

As an example, think of a small tendril of a mage's power being funneled into a gemstone. That small jot of power bounces off the facets inside of the stone, gaining energy as it rebounds off the planes. That extra energy boosts power, increasing the strength of the magical working. 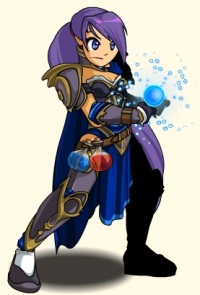 One of 5 AC Mana Surge Stones

With the proper focus and will, a mage may find their strength greatly enhanced, the power of their spells increased manyfold. Of course, that is for normal mages. With the... unique... magic found in Cysero and Warlic, who knows? These two rare mages have not allowed a proper study of themselves to be made.

* For example: Cysero with his stone hammer, Warlic with his gemmed staff, Alina with the stones she uses in her potions.

This Friday set your sites on a store full of mystical, magical, awesome armors, accessories, and weapons! From the enticing member-only Embero Spell armors as quest rewards to the powerful Aether Blade in the AC Rares shop, all the way to the Obsidian Athame free players will find dropping from Deorysa, there are rewards for everyone to collect and covet! 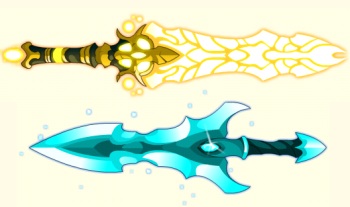 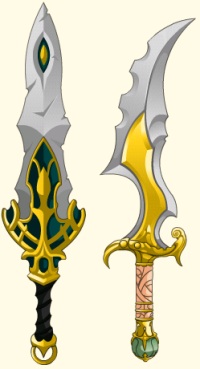 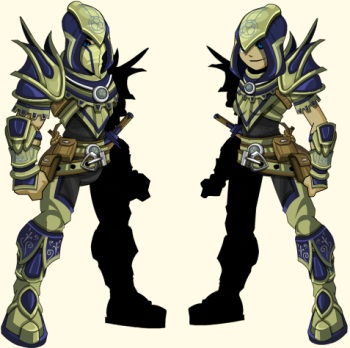 Dage returns to the Underworld tomorrow, taking his shop of rare birthday (birthweeks?) items with him! They will NEVER be available again, and that's one of the reasons the shop stayed so long. If you haven't battled your blade-edge off farming for the Paragon pet, get your armor in gear and get moving!

The more you know...

The more you can EXPLODE! (With your magic.) As The Magic Thief event draws closer, the AQW team is hard at work creating, crafting, and concocting all the components necessary to make this the most magically-massive guest author event ever!

To inspire all you mage and wizard-wannabe's out there, we're giving a lesson a day about the nature of Magic on Lore*! Up next is...

Drawing from Ley Lines and Nexuses:

The largest nexus is the core of the planet; it contains the most pure magic available, and is centered where the Verix overlaps the Horix. There is no mage strong enough to tap into this nexus, except perhaps Warlic or Cysero, and they will neither confirm or deny their ability to utilize it. Normal nexuses and ley lines can be tapped into and drawn from safely, in controlled amounts.

Artist rendition of the normally-invisible ley lines which criss-cross Lore.

As yet, no regular mage has been known to draw directly from the Core. Doing so would be like tapping a person’s heart to draw blood: the pressure of the flow of blood/magic escaping would be overwhelming.

The magician would be flooded with pure magic, overcome in a deluge of power which would burn through their physical, mental, and magical veins. Their stores of mana – magical will and stamina – would be destroyed.  They would be “burnt out” and lose the ability to perform magic... and their lives.

The Infinity Orb, one of Friday's rewards!

Severing another mage's connection to the ley lines IS possible, but dangerous. The potential for lashback - which would negatively affect the severing mage - is enormous. Most choose not to risk it.

* All magic lessons will be placed in Arcangrove's magical tome after the event is over.

Cysero's swamped with work, but that work isn't the mid-week member-only release. They will resume in the near future. In the meantime, why not send Cysero some ideas for where you'd like to see the next expansion take place? There are so many possibilities; pick your favorites and let him know!

Look fly like a J6 with HeroMart's newest t-shirt!

Head to Heromart, Artix Entertainment's real-life loot store and snag your very own J6-style shirt! These fly off the shelves faster than the speed of light, so if you want to look like a bounty hunter* as you battle through life, this is the shirt for you!

And any bounty hunter worth their guns wants to score the critical fashion hit they'll get when they equip the epic promotional rewards that come with purchase - the J6 Helmet and the J6 Cowboy Armor!

AQWorlds' lead artist, J6, is astronomically talented! So who better to be Artix Entertainment's ambassador to the galaxy? He has a chance to win a contest to go on the ultimate quest - into space! And YOU can help send him up there, where he belongs!

As of this writing, J6 has 24,949 votes! Keep it up and soon we may have an AQW artist who has seen the stars firsthand! Thank you ALL for helping him work to achieve his dream! 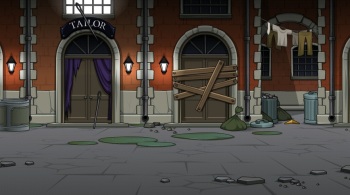