There's no day like a snow day for rare item hunts! Thanks to the massive arctic blast hitting the Eastern US coast right now, we've got a LOT of heroes holed up at home, bored and trying to stay warm, so we've added the Snow Buffalo pet, helm, and cape for ALL players to Aisha's Drake in the Northlands map! Log in now for a chance to get these rare items! #BuffaloSnow 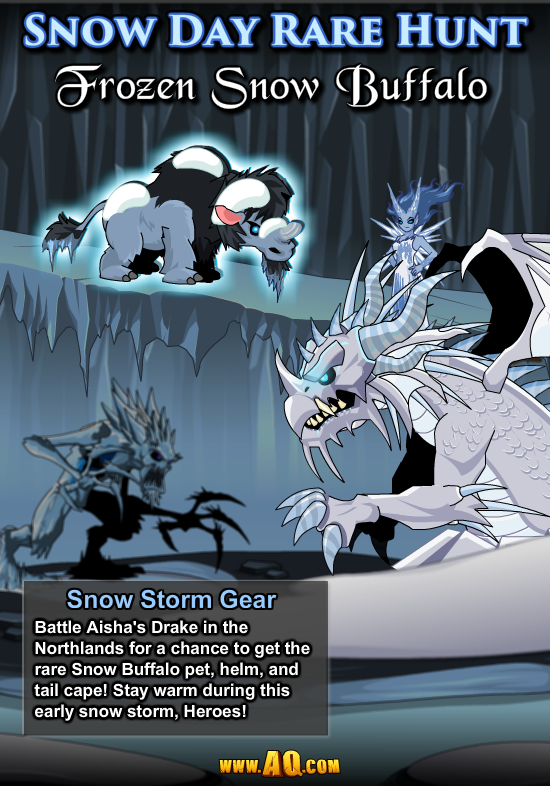 Take the Ice Drake DOWN!

For the next week (or until the snow storm subsides, whichever comes last), you can battle Aisha's Drake in the Northlands for a chance to get the following 0AC gear: