So many things are happening right now!

Pull up a chair and get ready to scroll, becaues we've got a LOT going on, and it's time for a weekly run-down of what has, is, and will happen in AdventureQuest Worlds!

Yesterday, we ran a query to ban a number of accounts who had shoploaded the VoidCaster Tier 2 shop. However... 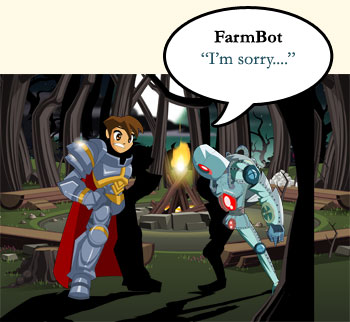 Due to a typo in the query, we also caught some people who should NOT have been banned. We reversed the ban on THEIR accounts a few hours later, and I sincerely apologize for the inconvenience (and scare)! If you were one of those who was accidentally banned, never fear - the ban was removed from your record, and will not affect your Honorable Hero 2016 eligibility.

Right now, one of the BIGGEST hurdles to getting the server rewrite live is... we need MORE TESTING! I understand that there's not a really great incentive right now to go and battle through the game on our PTR Testing Servers 1 and 2. That's why this week, Yorumi is working to get the player data saving enabled on them* - once it is, we'll turn on some MEGA boosts, just on those servers, as a way to immediately reward you all for helping test. 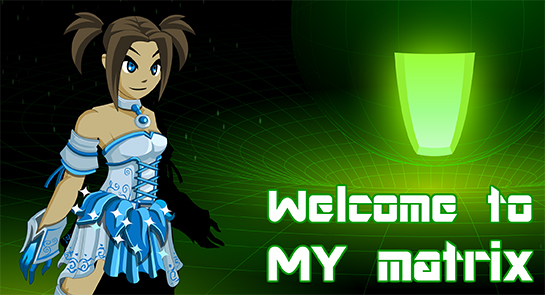 Any time you're on the testing servers, please do the following:

Break ALL the things to help us test the new server! The sooner we are confident in the thoroughness of our testing, the sooner we can release the updated code on ALL the servers!

* Once it is, you will no longer be able to equip items you don't own.

Note: We are only planning to go live with 1 of the 3 existing tradeskills. Fishing is just fine, but based on feedback from you guys AND our team mmbers, we want to completely revamp both Alchemy and Spell-crafting to make them much more fun, easy to use, and rewarding!

Sometimes, in order to make things better, you need to radically change what you are working with. And sometimes, when you introduce new systems, parts of the old one just do not work the same... like the Ultra OmniKnight Class.

Right now, some of its most iconic and useful skills are not functioning as intended, and will not function that way on the new server. If you are using the Class and experiencing issues with it, this is why that's happening to you.

But rather than bemoan what WAS, we are looking at this as an opportunity to make the class even COOLER! Its power level won't change, and we'll want to keep the feel of the class is possible, but the current skills will not remain exactly the same. If you've got ideas about what you'd like to see change in the class, why not post here? Class discussion thread!