Mark Your Calendars So You Don't Miss Out!

We've released a lot of amazing package sets over the last couple months, but it's time to swap them out for NEW gear!

Empress Gravelyn & the Dragonbone Necromancers use the body of Akriloth, lord of the Fire Dragons, as a host for Lord Sepulchure's spirit! Choose to fight for Good, Evil, or... *gulp* … something else... 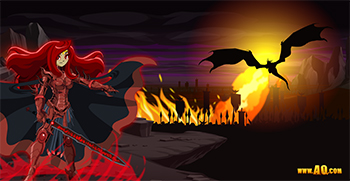