The Treasure Dragon Summons You

Pirates have stolen the Most Valuable Treasure of all!

This weekend, talk to Phiome, one of the mermaids living off the coast of Terra Lacuna. She spotted the pirates who stole the artifact from of Chrysos, Lord of the Treasure Dragons. 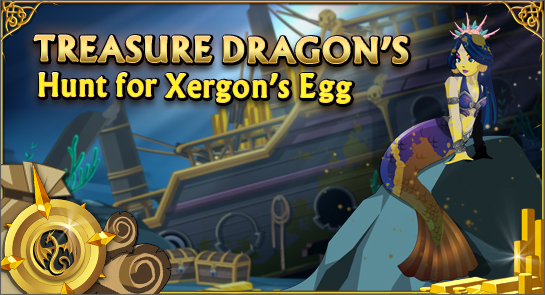 YOU are going to need to get his treasure back... before it's too late for the entire Treasure Dragon race! But beware - the protective curse-magics surrounding this artifact are strong - you can see how they've begun affecting Phiome, slowly turning her and anyone nearby to gold.

While you're battling to take down the thieves and recover the artifact without being gilded yourself, keep an eye out for the deadly creatures of the deep! 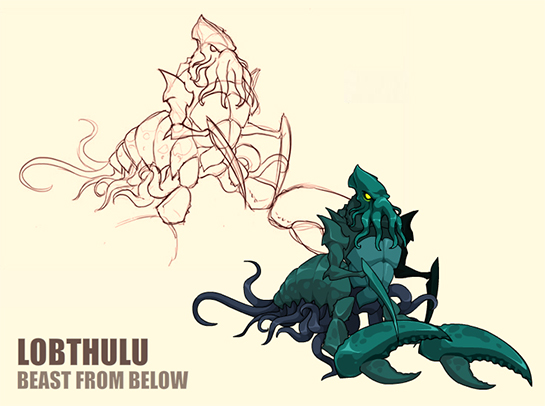 Above is a sneak preview of the (uncursed) concept art for this week's boss monster from Memet!

This Friday, the rare items in the Special Events shop in your game menu will be removed - the Beach Bumdead armor and helms. The Nulgathinator 9000 set (in Nulgath's Diamond shop) and the Archfiend Genisys armor set (also found in your game menu) are leaving, too, so if you want to pick up these items, this is your last chance! 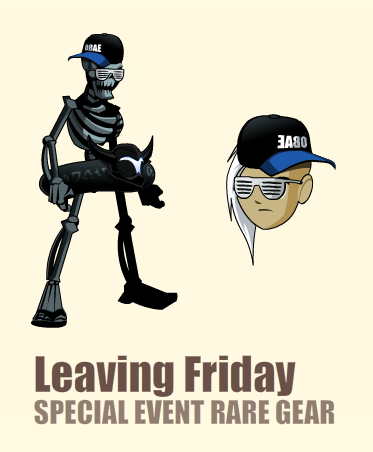 Earlier this week, malware was discovered in Flash-based ads on several Yahoo websites. Yahoo has already begun taking action on this. If you are seeing any strange pop-ups or unusual activity on your computer, it's a good idea to do a virus scan immediately.

You cannot get viruses or malware from playing Artix Entertainment games, but if you download third-party programs (like bots or trainers), you may be putting your system at risk. This has not affected AE sites or our games, but due to the exploit, it's a good idea to check your computer anyways!