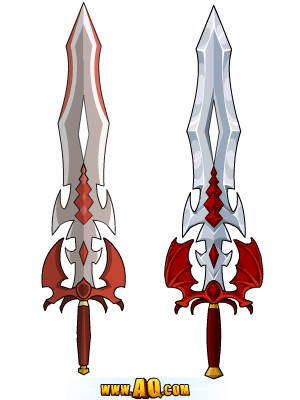 Don't forget to check out the rest of the gear in the DragonSlayer merge shop, either!

You guys have started calling 2013 the Year of Evolution in AQWorlds, and we've taken that to heart! Jemini and Memet have been working to bring our NPC art up to 2013's standards. 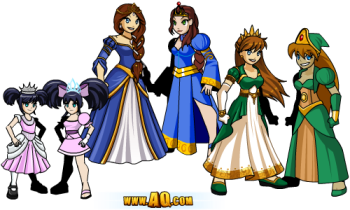 The Princesses' gear levels up!

Shading is improved and the rest of their appearances are getting buffed (both in terms of shine and quality)! 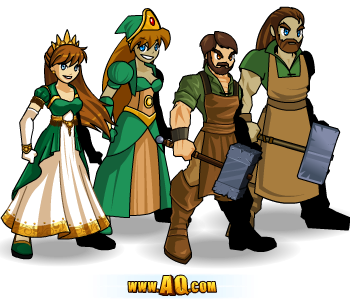 To kick-off Grenwog next week, we're starting the pre-event this Sunday! Talk to Aria to buy a member-only Golden Egg for 10,000 gold OR a Platinum Egg for 175 Adventure Coins! 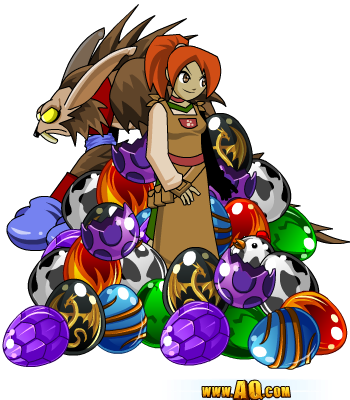 Tags: Alina, DragonSlayer Level Up, NPC Level Up, Heads Up Seven Up,