Summer 2015 Gear is Here for a Limited Time

Chill Out During our June Releases with Summer's Hottest Gear!

Starting tonight, the Summer Blockbuster Limited Time Shop and Summer 2015 Shops will be available in your game menu, with all your favorite beachtastic battle gear... including our five new limited-edition surfboards! 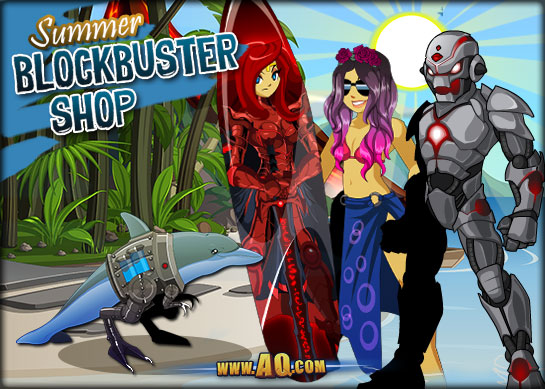 And with the rising temperatures comes Hollywood's favorite time of the year - the Summer Blockbuster movie season! We <3 Summer movies, too - I Artix is STILL talking about his favorite parts of the Avengers movie, which is why Memet crafted the Ultra Revenger set! The Ultra Revenger will be available for one week only... so keep an eye on the countdown clock on your game menu!

The Ultra Revenger Flames +15 are animated and have a 15% chance to call down a meteor strike from the sky! (Now THAT's the way to avenge your fallen!)

Update: Earlier this week, we announced that Laken's Jurassic Raptor Rider would also be releasing in the Limited Time Blockbuster shop. He was away part of this week for a personal emergency, and was unable to finish the set; it will release later this summer!

This year's Limited Edition 2015 AE Surfboards! Last year's 2014 Designs are gone for good but this year's really rival them in style! 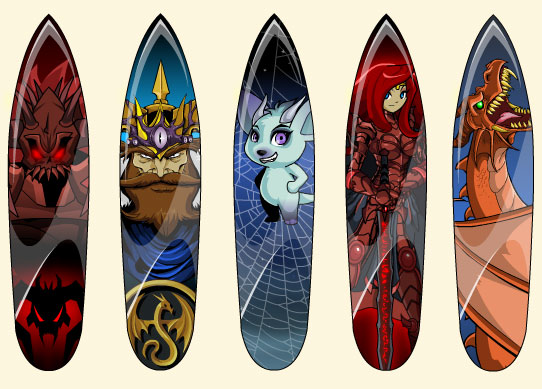 Slice through the surf (and serfs) with the boards above, then find all our returning seasonal summer gear in the Summer Shop, available until August!

Lightning Dragonsworn Rares shop: Available for One Month Only

Check out Dage's most electrifying gear yet: the Lightning Dragonsworn gear! The AC set is available in your game menu but leaves July 6th, so keep an eye on your calendar. 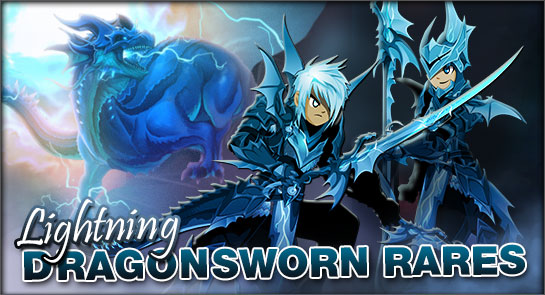 If you're just joining us, grab Dage's Dragonsworn gear, then battle through last week's Thunderfang Spire dragon dungeon by typing /join thunderfang in your chat bar!

For those of you who haven't heard of him, I'm proud to introduce Deuce, one of EpicDuel's most valuable and experienced guest artists! He's generously sent the AQW team some of his work to share with all of you, and you'll be able to find 3 of those items in this week's Showcase Shop in your game menu! The rest will release later this summer. 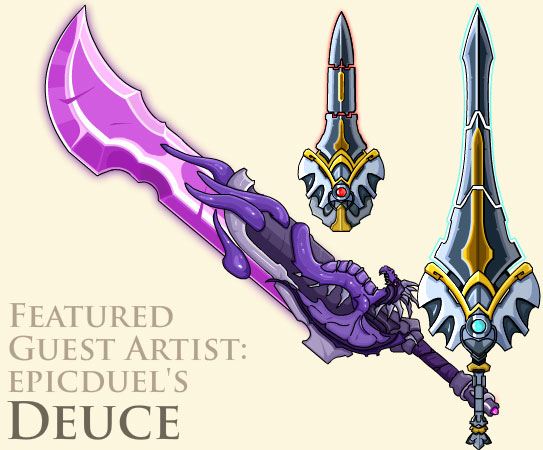 Deuce joined the ED team over a year ago to help them create more of the sci-fi themed gear that EpicDuelers LOVE to blast each other with!

Back when Charfade and Nightwraith first conceived of the guest artist idea, they knew Deuce would be a huge asset to the team... and they were right! Along with creating gear for the game, he's also grown into mentoring new ED guest artists.