Chaos is On the Rise!

After King Alteon's death, the kingdom of Swordhaven is in upheaval. Alteons daughters Victoria and Tara, along with his son in law Brentan, all lay claim to the throne. As the alliance between good and evil lays shattered, the forces of chaos close in and prepare to attack. It's up to you to battle the coming onslaught and help the people of Lore prepare for war! 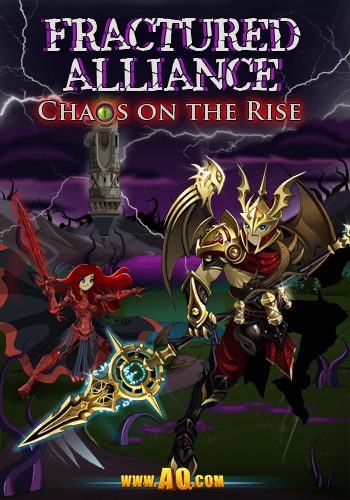 Even Time Dragons can help.

As chaorruption spreads over Lore, many of the towns you helped in the past will need your aid again. Tonight, you'll be revisiting Mobius, Arcangrove and Dwarfhold. All have become ruined by chaos, but with you on their side, it may not be too late!

Whether you fight for good or for evil, there's plenty of awesome new gear to collect from he new Good and Evil Alliance rep shops! 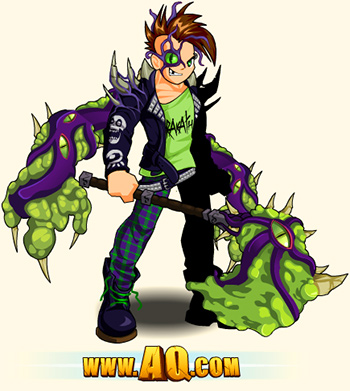 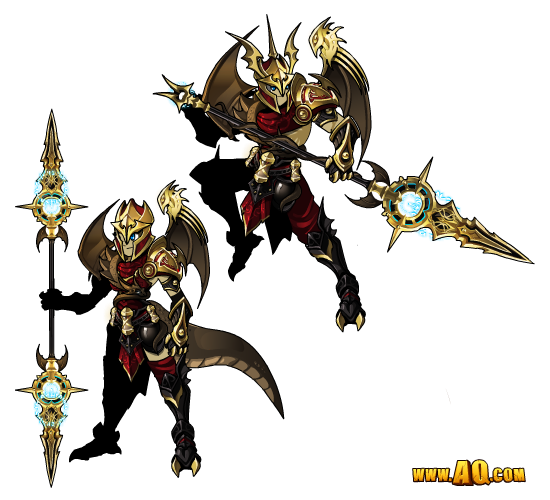 It's Been YEARS In The Making.... Sort Of

Back in July of 2009, we first introduced Dwarfhold and since that time there has been a small nook of just inside the mountain that was once the Dwarven market but had been closed for repairs.

Finally, after nearly 3 years of waiting, this week's Mid-Week release gives you the chance to help in the clean-up efforts and open the Dwarven market again! 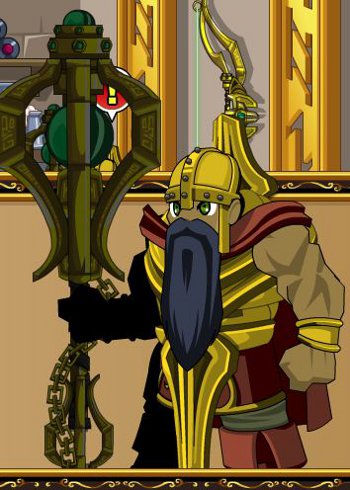 Once you help them clean up the entrance, you will find Domi, Hartok and Nathrae each have quests for you to help them build up their shops once more. As you complete their quests you will unlock all the items in Domi's weapon shop, both Armors... 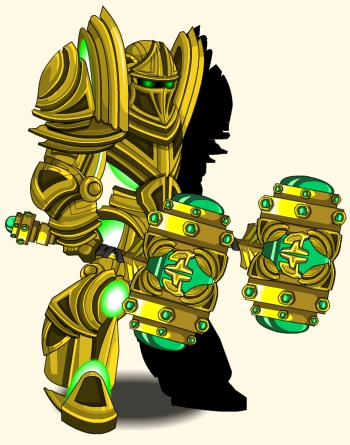 and all the helms and all new Dwarf and Drow hairstyles from Nathrae the Drow Hair Stylist!

A sample sheet with some of Nathrae's hair options

As I mentioned on Monday, there is no Lore-shattering crisis to solve this week. Just helping to war torn people get back on their feet. Sometimes, that's all you can do and it takes a real hero to do it.

J6 Shirts Back In Stock!

Just letting you guys know that we got a few more J6 Shirts back in stock in HeroMart! 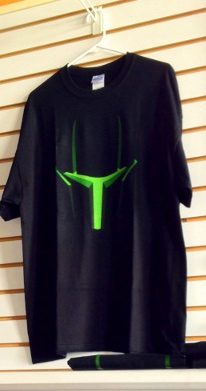 This shirt comes with a Character Page Badge and gives you access to J6's Helm and Outfit. If we are already out of your size, don't worry. This is only the first shipment to come and we will be getting more in stock as soon as they arrive from the printer!

282 days until Just Another Day

Is it your Lucky Week?

Everyone Can Use A Little More Luck!

Just a quick Design Notes to let you know what we're working on this week for both the mid-week and the big Friday release.

For the mid-week we are finally going to open the Dwarfhold Market!

It's been a LONG time since we have visited this area and if you walk to the area pictured above it has ready "Dwarven Market closed pending repairs" for FAR TOO LONG!

This Wednesday, you will get the chance to help make those repairs and get the Dwarven market up and running again!

No deep and dangerous plots this week. Sometimes a hero just needs to take care of business to either help the people out of a jam or serve their own needs. There's nothing wrong about getting your hands dirty doing a little hard work. It won't be easy but that is why they call it HARD WORK.

You will be able to re-open a weapon shop, a dwarven armorer and a hair shop all of which will have new items to sell you (not merge items, just plain old gold shops. Dwarves LOVE them some gold). As always, the mid-week and all of the shops and items unlocked are for AQW Members Only!

This IS one of the locked areas in the Vath storyline so if you have not yet been to the Pines to visit the Inn-ternet or Donna Charmer the llama farmer, then you will need to do those quests first before you head beneath the mountain.

It's almost Lucky Day again and that means that the Shamrock Fair is coming to town!

As we do every year we will be adding a brand new fair game to the Shamrock Fair this year, which means another way to earn Golden Tickets to redeem for awesome seasonal rares! AS it is tradition, we will also be adding one or two AC Rares as well that you will never see again. 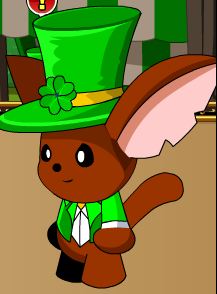 Like the original Leprechaun class this class will also be for everyone, Non-Members and Members alike,.

There will be THREE ways to get the class:

Please note that this class will be a SEASONAL RARE, it will return every Lucky Day.

I will tell you guys a lot more about this class when I do the Skill Breakdown a little later this week but Evolved Leprechaun is a CRIT based class with lots of skills to buff your Crit CHANCE, as well as some all new skills which will raise your Crit DAMAGE. Rather than doing double damage, your crits might do triple or even quadruple damage and you will be criting often.

It's based on the original class to some degree but each skill is new designed just for this new class. It will work best with LUCK Enh (as it should) and like all modern classes it will have a rank 10 passive.

So, get out your shamrocks, green shirts, horse shoes, rabbit's feet (Ampy, run for yo life) and lucky pennies! It's time to go to the fair!

284 days until Just Another Day