This Friday, Yulgar's Inn is proud to bring you a new guest band!

Back in April, Artix talked about expanding Yulgar's Inn - adding in a live house band, quests, and fun new events. This week, our second guest band is ready to get your /party started! Yulgar's Inn is excited to bring you... Bride&Groom! 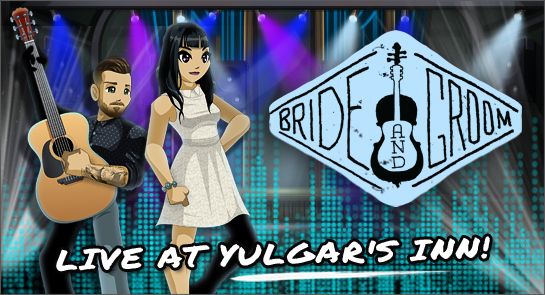 Bride & Groom, also known as Jesse Daniel Smith and Kaitlyn Raitz, are an independent folk music duo based out of Montreal, Quebec. Traveling across North America, they’ve played venues and festivals in Canada and the United States, grown a worldwide fanbase, recorded an EP, Christmas album, and most recently a full-length album entitled “On the Run” (now available from their website)… and we’re excited to welcome them to Yulgar’s Inn this week! 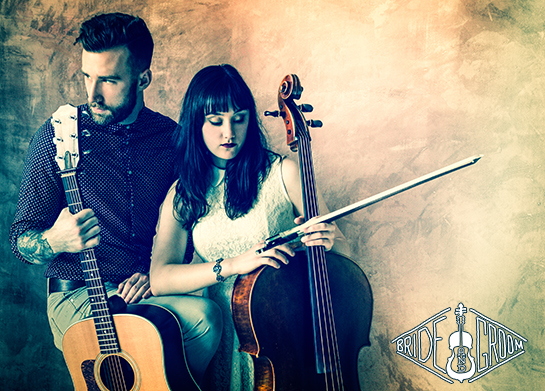 We first learned about Bride&Groom after J6 and Cinazul visited the lab earlier this summer. They are real-life super-fans! (Which is why Cinazul is the quest-giver in the release map /grin). I can see why - once I started playing their tracks, I got into the groove (and the zone).

Jessy and Kaitlyn very clearly love what they do - that passion and sincerity comes out in their music, images, and videos. 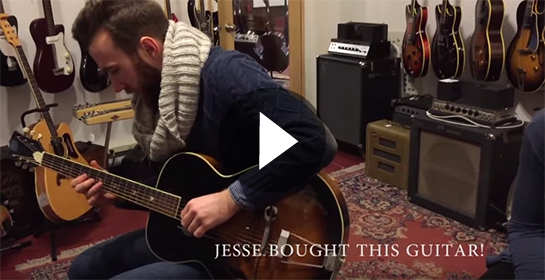 I hope you enjoy Friday's event as much as we've enjoyed working with them to build it! You should follow them on all the the internet places, because they are going to go far, I am sure!

Starting this Friday, head to Yulgar's Inn and talk to Serenity to watch their music video, then /join ontherun to begin the race to their performance! Along the way you'll need to battle the industry enemies out to keep your new friends from reaching the top!

But they are not here quite yet! While Bride&Groom are on the last leg of their trip to the Inn, why not accept the quests Serenity - Yulgar's live music promoter - rigged up for you to battle through?