There Is So Much To Be Thankful For!

Tomorrow is the American Thanksgiving Holiday. It's a tradition that began when some of the first colonists came to this land and sat down with the natives who helped them survive the early brutal winters.

There has been a lot of time between here and there and a lot has happened, but one thing has not changed... we set aside this day each year to step back, take a look at our lives and really appreciate all that we have.To be truly grateful that we have food to eat, water to drink, people to share it with, a home to return to or even just for being alive.

Everyone celebrates differently, but usually there is a big meal with a lot of friends and family and generally some Turkey (or Tofurkey, I've done that a few times). As usual, we invite you and your famalies to share in our Harvest Festival (Oishii is doing the cooking again but Samba has arrived to help her out this year). 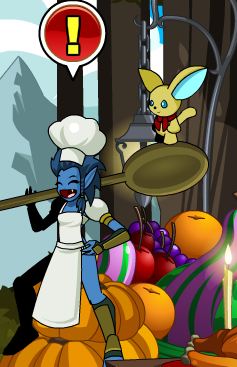 In today's release you will find all the previous year's maps and adventures as well as returning seasonal rare armors, weapons, pets and other items. You can visit Scott the Pilgrim over by the Parade floats and check out his seasonal merge shop. 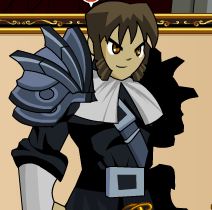 You once again have the chance to get the seasonal Kung Food Fighter Achievement Badge by pelting your fellow players with food and Members can unlock the Turdraken Member Only Area with its own special unlockable shop and Seasonal house! 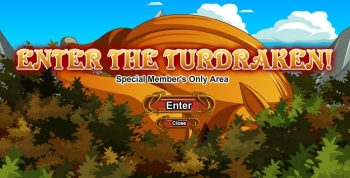 You will need to do the previous years releases to access Friday's all new content, but it couldn't hurt to stop by and wish everyone a Happy Thanksgiving too!

The day after Thanksgiving in the United States is called Black Friday. It's the first official day of the holiday shopping season and stores go CRAZY with sales and half-off deals for this one day only! 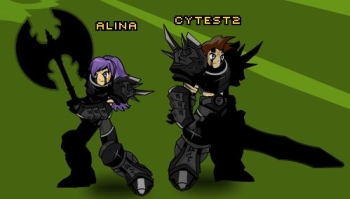 We will ALSO be introducing this year's special Thanksgiving Adventure where you visit some of your friends and help them give thanks, including Yulgar, his daughter Aria, his mom Grams, King Alteon and his three beautiful princess daughters and Artix's parents! 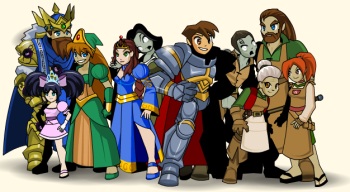 Faith from HeroMart wanted me to pass this message along:

"HeroMart will be selling a bundle pack of AE merchandised worth over $100 for only $49.95 from Black Friday through Cyber Monday. The sale starts November 25th at 12:01 EST and ends November 28th at 11:59pm. The bundles will include the MQ Artbook, AQ Novel, NPC CD, ED t-shirt, HS t-shirt, and ED poster."

Quibble said that he will be staying for another week at least but probably not much more than that.

If you guys have been reading the Design Notes for the last few years you know that every year around this time I run around the Underground Lab and remind people that Child's Play is now up and running and to donote whatever they can.

Since 2003 Child’s Play, has remained a game industry charity dedicated to improving the lives of children with toys and games in their network of over 70 hospitals worldwide. Over the years, you as a community have answered the call and come together to raise millions of dollars for it.

This is not just any charity. This is gamers and game developers from all over the world coming together to make a real difference help some people who really need it.

For the past several years, thanks to your generosity in the form of Member Upgrades and AdventureCoins, you have made it possible for Artix Entertainment to join foces with some of the biggest names in gaming by becoming a corperate sponsor of Child's Play.

This year is no exception! Thanks to you (Special thanks to all the 3rd Upholders!) we were able to help support Child's Play with another Platinum Sponsorship! This year means more to me than every before. I was able to contact All Children's Hospital right here in Tampa Bay and get them in touch with Child's Play. Now they are one of the many hospitals that will benefit from the charity and... from you. Maybe you want to get in touch with your local children's hospital and let them know about Child's Play too!

Within the next few days you will see the Artix Entertainment Logo appear in the Platinum Sponsor area on the website and every time you see it, I want each of you who have contributed to the continued growth of AQW to feel a real sense of pride knowing that you have also selflessly helped some kids who really need it.

On behalf of everyone on the AQW team, and everyone here at Artix Entertainment, I want to thank all of the AQWorlds Members,  AdventureQuest Guardians, DragonFable DragonLords, MechQuest Star Captains, Epic Duel supporters and everyone who has purchased any ACs, ZTs, DCs, and NGs...Thank you for making this possible.

You guys are the best! Happy Thanksgiving!

Are Harvest feasts SUPPOSED to be this Chaotic?!

Family, togetherness and... battling CHAOS?! That's not how Harvest festival dinners are supposed to work! But this year, Chaos will chaorrupt each of the 3 harvest feasts to which you've been invited.* Prepare to dine with (not on!) King Alteon and the princesses, feast with Artix and his parents (how has he not slain all the zombies in Lore yet?!), and celebrate Cornycopia with Yulgar, Aria, and Grams (surely Grams will be ok, right?)!

Too bad Drakath can't let this festival of family and thankfulness pass without making Trouble! Prepare to battle Chaorrupted Pactoganol Knights and Zombies, Bandits, and a special boss that's gone from Feast to BEAST!

* To meet Artix's parents and join in their Harvest feasting, you'll need to be a member!
** For an awesome large-size family portrait version of our Harvest NPCs, check out this pic by @scrib_ on Twitter! 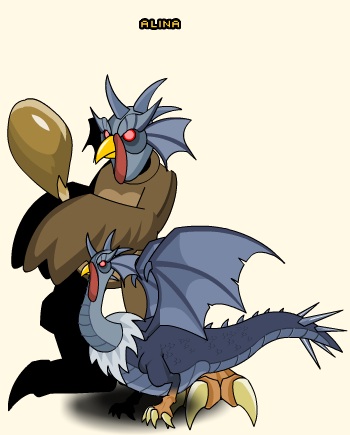 Returning from previous years are: 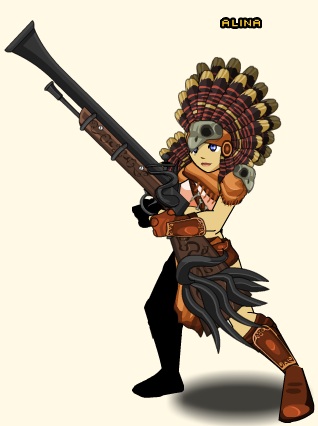 Black Friday is a time for real life wicked deals and super-sales, and it's no different in AQWorlds! This Friday's holiday shop will contain all of your favorite gear sold for gold, but colored blacker than Gravelyn's heart! 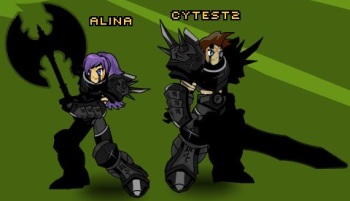 We know you love real life swag (who doesn't like getting +5 to Charisma with an Artix Logo shirt?!), and to show you how much we appreciate your support for the battle-booty we stock, we're excited to offer Black Friday and Cyber Monday sales at HeroMart!

The winners of the I Can Has Mod Contest and the AQWorlds Membership Giveaway will be announced this Monday! If you like fun and games (and if you're here, you probably do), then these contests are right up your alley! For more information, check out these links:

Harbingers of death and disease, Bloodtusk's Chaos Lord felt the Serpentress was the perfect symbol of his reign of Chaos! After last week's Bloodtusk release, you were left with only the knowledge that you had to make plans, to strategize. Now you know what you will face! 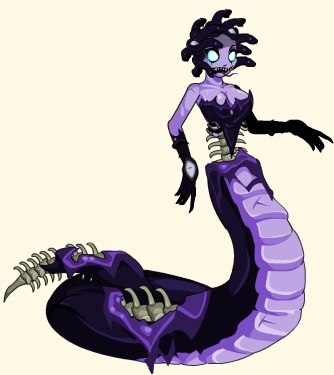 It is death to look into her eyes, but it is complete and total Chaorruption if you taste her venom! Be on guard next week, when Bloodtusk Ravine comes under assault from the Chaos Beast!

Get ready for all of your old favorite Cornycopia releases to return tomorrow night! Do you miss the Beleen Balloon? Have a hankering to taste some turdraken? ... Or just take it down?! Then make sure to log in tomorrow night for the first of the Harvest fun!