As a way of saying "thanks!" to the MILLIONS of AQWorlds heroes who did not get muted or banned in 2015, and as an incentive to keep following the rules in 2016, we are awarding players who helped keep AQWorlds a positive, fun, and family-friendly game! 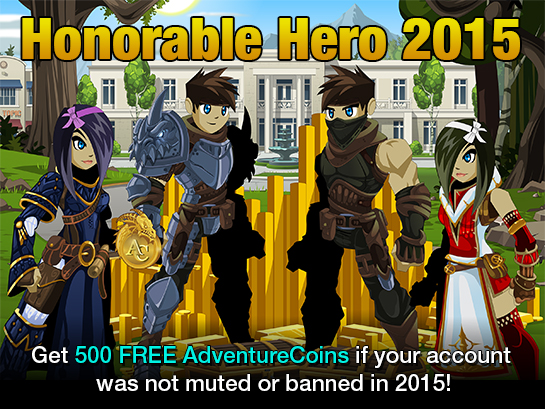 During the the first week of January 2016, we'll award the 2015 Honorable Heroes. If you meet the following requirements*, you'll receive 500 FREE AdventureCoins and a NEW character page badge** the next time you log into AQWorlds!

*Please note, the Badge and ACs will not appear until you log in!
** This will be a new character page badge for 2015 Honorable Heroes.