3 AM? We can sleep when we're undead!

Hi all, just wanted to answer a few quick questions about recent events... and the middle of the night is the best time to do that (for all our players who are normally awake at this time)!

If you haven't seen all of the undead-ly art contest winners yet, head to the Contest Winners Page and check out their epic entries! Make no bones about it, the judges faced a grave situation trying to pic their favorites! 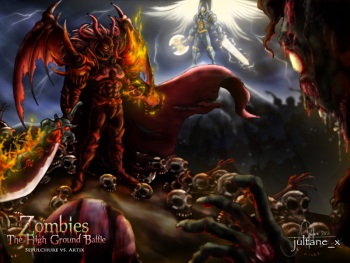 Warlic vs Warlic Golem in The Span!

The Warlic-Golem you see when you /join thespan is NOT the same Warlic as the one in the Battleon magic shop. But YOUR Warlic does know what the Warlic-Golem is up to - who made him, and why he's here. 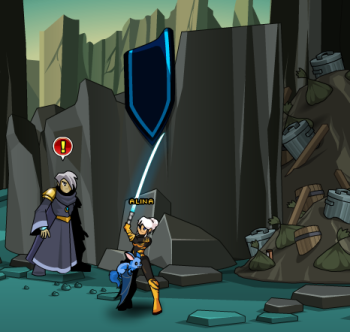 The quest to go talk to Warlic in Battleon is currently broken, but Yorumi will have that fixed as soon as possible so you can learn with your Warlic wants to tell you about the next Chaos Lord.

The Future of The Span's Golems?

One of our forum users, blackshock, brough up a very interesting question about the NPC Golems in The Span. Based on Tek-Golem's speech, it appears these recreations of well-known NPCs from AdventureQuest, DragonFable, and MechQuest can... feel? And remember?

He asks: Does [it mean] that these golems are capable of emotions? If their existence is tied to the span, then does that mean that when the chaos lord gets defeated, the golems fade out of existence?

What do you think should/will happen to them if this Chaos Lord is defeated?

No Story Quests in The Span?

For those of you who began playing after the last chaos zone ended, this is your first Chaos hub town! When a new Chaos Lord zone begins, we start with the hub town to introduce the area and some of the storyline elements. Meet the NPCs who will watch you go on the journey, gain hints about the Chaos Lord themself, and begin repping up the quests which will unlock some crazycool gear!

War is coming, and it will NOT be easy on any of the Heroes of Lore. No matter who you follow, remember - as the shadows fall, the undead rise! Pick a side, because the war between Dage's Legion and Nulgath's followers begins in early July! Are you READY to get UNDEADY?!

The long-awaited, MUCH requested Pyromancer Class will be released this Friday! Dage was on fire when he created the look for the Pyromancer Class, and we're getting some great feedback on it. 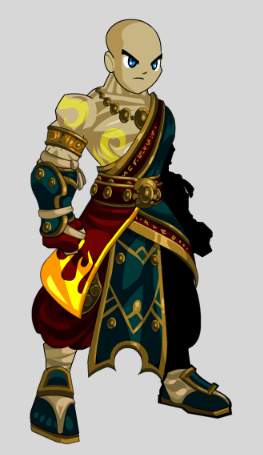 An early look at the male's Class appearance.

If the look isn't for you, though, then never fear! You can always equip an armor OVER your class to customize your appearance to be whatever you want!

Have a good night, all, it's time for sleep. But before I go, remember: You guys are what make AQWorlds and Artix Entertainment amazing! Thank you for supporting us as we continue to improve AQWorlds; together we'll make it the best game it can be.