You guys know we like to talk to you in as many places as we can, but it's important that everyone get the same information. Earlier today, a crazy-dedicated group of players added both me and Artix to a group chat. This group of awesome heroes is determined to keep AQWorlds going strong as Artix Entertainment continues developing AQ3D. 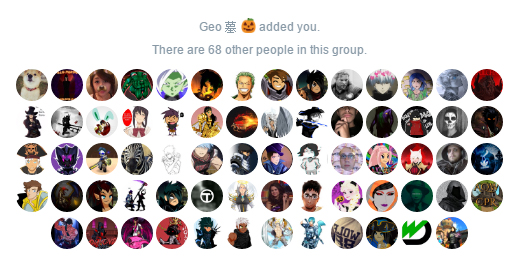 Now YOU are in the chat, too!

Artix shared some information and reminders with them there, and now I am passing it on to you, too!

AdventureQuest Worlds is an amazing game with a passionate player base.

We have no intention of not giving it our all. I know a lot of people may feel threatened by AQ3D, but it is GOOD for us to have both a 2D and a 3D game. Even if they are this simliar.

The server rewrite has obviously been the hardest and longest challenge... and we can finally see the light at the end of the tunnel. Which will allow us to start making features in AQWorlds again.

More importantly, we need to look toward the future... were we need to do the BIG MOVE converting the entire game into Steam/Apple/Android... just like we did AQ3D.

The major game client rebuild is going to be our primary focus starting in January.

The server rewrite has been running on servers for a while now. I think the move to Steam/Apple/Android will bring AQWorlds back to its former glory... if not expand it to an antierely new audience

I hoped this helped... seems like it would be a good idea to post this exact message on the AQW design notes this week too.

Tonight, I hope you check out our first Mogloween in AQ3D. The success of AQ3D is very important to AQWorlds. If it does well, we will have a so many more resources to invest back into AQWorlds. Thank you all for letting me post in here. Until next time... BATTLE ON!

Thank you for all the help testing with the server rewrite! Your bug reports and the tireless work by the server rewrite tester team have been invaluable to Yorumi as he does the last pushes to get the rewrite up on ALL servers.

With a project as VAST as the rewrite has been, deadlines shift often and bugs that get fixed sometimes need to be RE-fixed. But we are once again in the home stretch. Stay tuned for another update next Monday!

Thank you for reading! Battle on!