Cast off those heavy armors and woolen mage robes. It's time to soak up some rays while chillin' out with your friends at the beach -- Burning Sands Beach has all the sun, sand, and sharks (?!?) a vacationing hero could hope for. 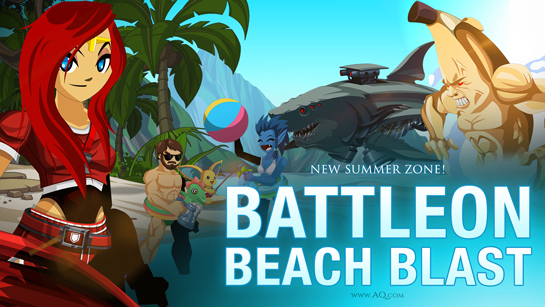 This year, we're making it easy for you to find all our summer maps, monsters, and gear. Just like with our holiday holiday events, we've got a new hub town to help you get your battle on... at the beach! /join summerbreak and talk to Beleen, to find all our summer shops, surf gear, and adventure zones around Lore. She's also got a few new quests for you to help keep the beach /party safe and unlock summer gear. 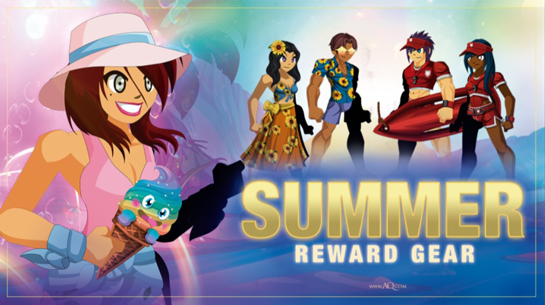 *All items that were in the old Summer Shop have be split into various shops in the new Summer Break map.

Battle through the Burning Sands

A volcano off the shore of Freaki Tiki beach is erupting, and the Pyromancers of Embersea Isle know why! Millennia ago, Maladrite, an ancient Storm Elemental, was trapped deep inside a volcano to prevent her from destroying the island. In an failed attempt to escape, she merged her power with that of the volcano itself. 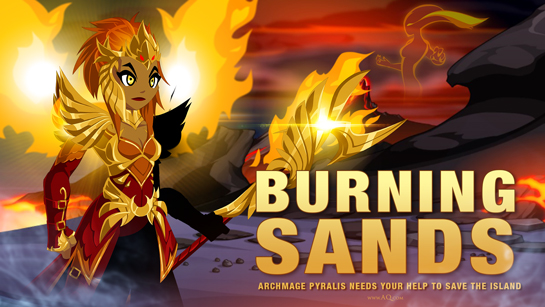 Now, her fury and the volcano's might are one. Her rage rocks the foundations of the island. An eruption is imminent… and the lives of all who dwell on Burning Sands Isle are at risk. Find a way to free the spirit AND defeat her, or these beautiful shores won't just burn… they'll be obliterated.