Past, present, and future gear collide in Quibble Coinbiter's backpack! AQWorlds' very own time-traveling sales moglin arrives in Battleon next Friday, August 17th, but he won't be there long, so you'll want to dig through his chest of never-before-seen-slightly-used items and rares while you can!

Most of his items will cost AdventureCoins, but as the past few shops have, we will include gear for both members and non-members, as well! All of the equips are modeled on art from our current Chaos zone, The Span. Each of Quibble's newest items were inspired by gear from the original AdventureQuest, DragonFable, and MechQuest! 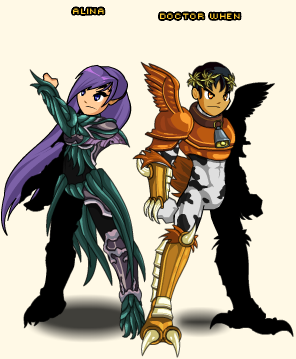 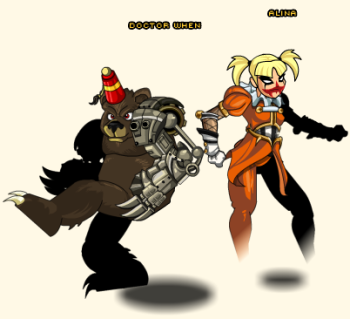 Inaddition to all of the armors pictured here, you can ALSO expect Quibble's shop to hold next Friday: 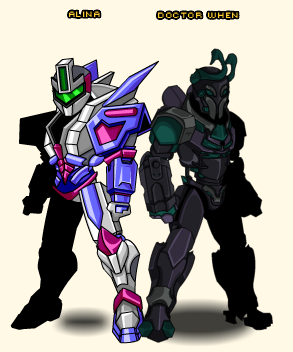 What happened the to The Sword of the Legion's shop?

The Sword of the Legion should have unlocked The Stranger's shop. Due to a miscommunication, that shop in the /evilwardage map is open to all players. To fix that error, Dage will create a special shop in Shadowfall just for those loyal Legion soldiers who kept their blades close by!

Chaos gets Beastly in SkyGuard!

That Master... something about him just ain't right. His growing paranoia - and a bit of help from a friend in the last release - make it easy for you to infiltrate his hidden bunker. Once inside, you'll need to find out just WHAT he's planning, but beware!

He hasn't given up his goal to embrace Chaos! Keep an eye on him, give him a hand, and maybe you'll find out just what his plans are! /Hone your blade and your wits, because the Master is a puzzle wrapped in an enigma locked inside a steampunk-prison!

The Nation continues to crush the Legion, but Dage's undead soldiers are just DYING to even up the war meter! The Worshiper Visage of Revontheus and the Key of Revontheus will be added for Nulgath's followers. Dage's warriors will see a new armor and helm coming! Expect those later this week.

Battle On, brave heroes! Victory is yours to take!

* Dage has been out of the Lab, sick for most of the week. Once he's battled that bug and back in the Lab, we'll add that new gear!

Dage vs Nulgath Print at HeroMart!

Head to HeroMart.com NOW to get your limited edition, hand-signed Dage vs Nulgath print! This illustration of Dage’s all-out invasion to control the Underworld pulls you straight into the battlefield… and our 11x17 limited-quantity print makes the BEST war-loot!

Both Dage the Evil and Nulgath will sign 500 prints, and once they are sold out, they’ll be real-life rares! Frame your print and then log into AQWorlds to help your favorite Evil Commander send his rival down in flames!

Each print comes with the following in-game items:

NOTE: We are still waiting to receive the signed prints back from Nulgath, so there will be a small delay on shipping ONLY signed orders.

Coming the August in AQWorlds!