It is with our deepest regret that we write to inform you that rising star guest artist Saiacosta was killed alongside several of his family members earlier this month. 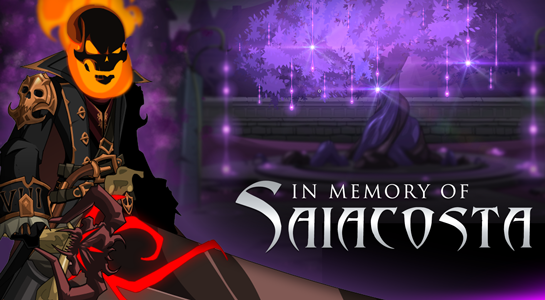 Earlier today, we received rumors of his tragic passing. We were deeply concerned because we had not heard from him since late August. Our community is very close and as you know, word travels fast. We posted a tweet which led to a response from his friends, which included a link to this news article.

What is so terrible about this is that Sai was so young and so talented. We first saw his art several years ago, as he shared it on Twitter. We’ve watched his talent grow over time until, earlier this year, we were so impressed with his skill, that we began working with him.

For those who did not know him personally or in-game, you may remember when his first set - the Hanzo Void - finally released in-game back in January of this year. His latest sets - the Pyromancer and Underworld Naval Commanders -  released this past Friday; he built them last year and was so excited for them to be available for everyone. Unfortunately, he never got to see how many of our community members were able to enjoy his work.

This is one of the most terrible events our community has faced. It is important for us to bind together at this time and be supportive of one another, perhaps moreso now than ever. The best way to honor the memory of someone who has fallen while achieving their dreams is to follow your own. Do not wait. Take action, right now.

We are waiting to hear back from the family, to see what we can do to help. In the meantime, we are reaching out to the community artists who worked with his so closely. We will create an in-game item, available for everyone, to honor his memory and commemorate his contributions to the game.

Though we discovered this heartbreaking new yesterday, the events had transpired at the beginning of the month. The funeral passed. We reached out to the family; they have been overwhelmed by your support and kind words.

None of us can imagine what going through this is like. So we took the best and only action that we could. On behalf of you and the team, we sent a monetary gift to the family taken from the proceeds of this year's Talk Like a Pirate Day shop. The family never asked for this, but it is the least we could to help ease their incredible burden.

I am very proud of this community and how we've come together to handle this very serious, sad event.