This weekend, head back to Yokai Isle as the team updates and polishes the 4th Chaos Lord Saga. If you haven’t beaten Chaos Lord Kitsune yet, now’s the time! 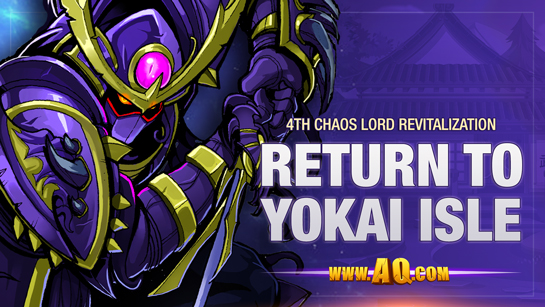 Changes to the saga zones include: 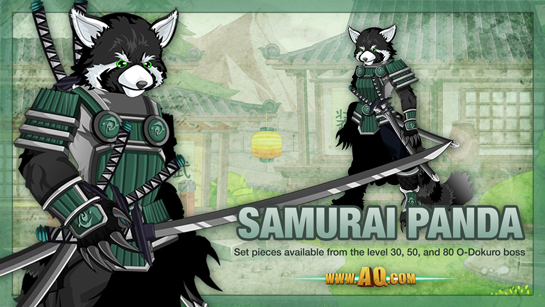 The Samurai Panda set is based on one of my favorite animals - the Red Panda (with the coloring of your more common Giant Panda). It is found in the Himalayas and China, and is, very sadly, endangered. There are only less than 10,000 left in the world.

Fun fact: the name for the FireFox web browser is based on the red panda's nickname - the Fire Fox.

* Design Notes earlier this week listed multiple levels of the Kitsune boss. The location of those drops has been moved to the level 30, 50, and 80 O-Dokuro bosses.

PS: the Frostval maps will close again on Friday, August 10th, and Quibble's Frostval shop will will not reopen until December. This is your last chance to cool off until Frostval!