Battle dark and destructive ChaosWeavers, Underbeasts, and other spiderkin in Ravenloss to cleanse the city of this deadly threat! Recover the scrolls of the Arachna Codex to unlock information that will help you once you face the Queen. Fight alongside your fellow heroes to get the war meter to 100%, then defeat the ChaosWeaver High Cleric to reach the Queen! 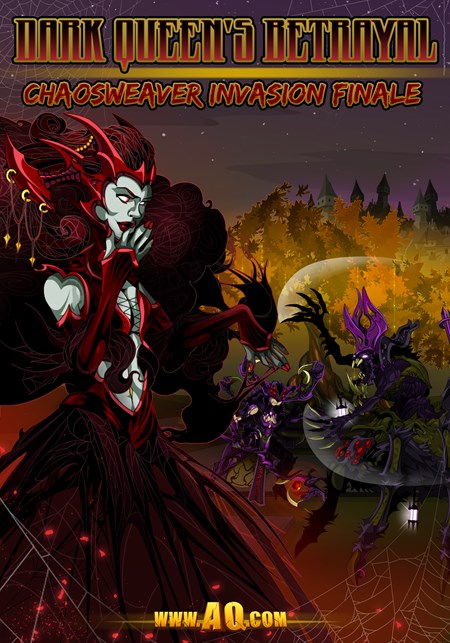 Fight in the War This Weekend!

Complete the quests in Twilight's Edge (now with the real quest text!) to gain control of the Portal to Ravenloss. Then /join Ravenloss to begin battling through the war itself! You've got 1.5 MILLION monsters to defeat, but working together, we know you can do it! 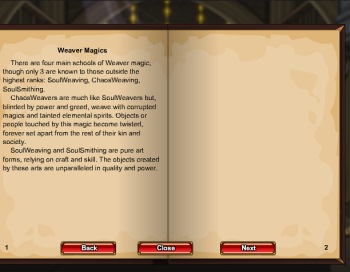 Recover the 10 missing scrolls of the Arachna Codex!

But make sure you recover the missing pages of the Arachna Codex first! The boss fight will not unlock unless you find all 10 pages of the Codex. Talk to Riadne to recover each page of the legendary tome of the ChaosWeavers; it holds vital information about their race and may just help you when you face the Queen.

* The ChaosWeaver Cleric drops his full armor set, too!

Talk to Quibble Coinbiter in Battleon to find the Royal Weaver armor set AND the Arachnophobia 2.0 set! Pandora's Envy is ALSO in Quibble's shop tonight. 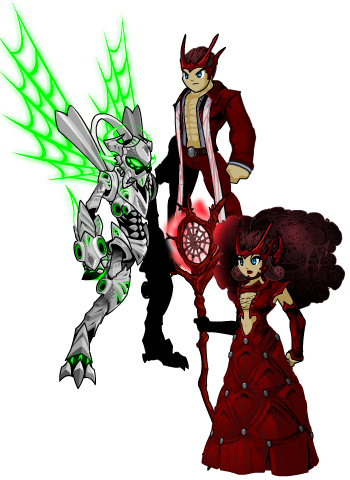 The rest of the Pandora blade series (including Tomix's original staff weapon), Codex Scroll maces, and the Distinguished Royal Armor are in the War rewards shop that will unlock after you beat the boss.

Now Testing: ALL Monsters Give EXP and Gold!

Login this weekend to help us test the return of all monsters giving EXP and gold... no matter what level you are! This means that if you're level 55 hero and want to grind away battleing level 10 monsters, you CAN, it's just going to be much faster to level up if you fight monsters closer to your own level.

Let me know if this helps you enjoy playing AQWorlds more AND what level you are! (Knowing that helps us tailor releases to the majority of our active heroes.)