Log in this weekend to fight for the best booty of the year!

Pirates, swashbucklers, and seadawgs alike... yer time is almost here! Talk Like a Pirate Day begins this Friday at www.AQ.com! Quibble Dubloonbiter's on his way with the Cursed and Solar Naval Commanders and the Golden and Lunar Pirate Captain sets just fer you! 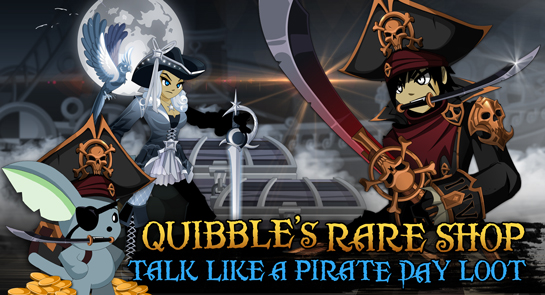 You'll find him in Battleon this weekend, but his shop will stay in the Game Menu until September 30th! 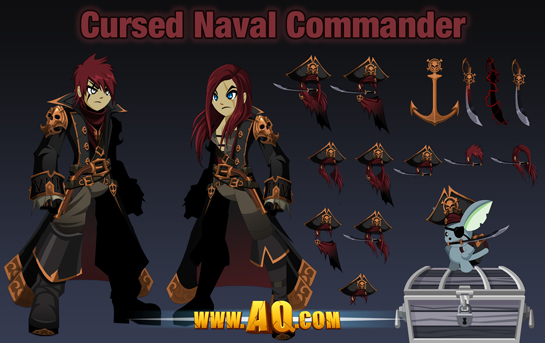 In this week's Quibble Shop, you'll find the following gear: 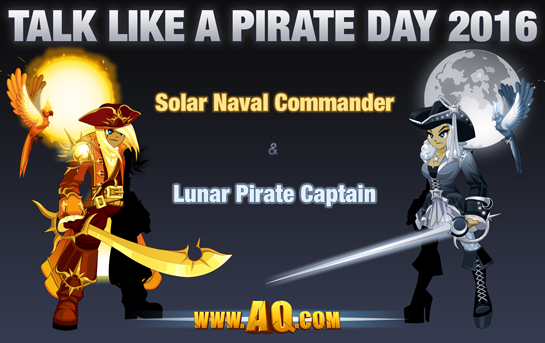 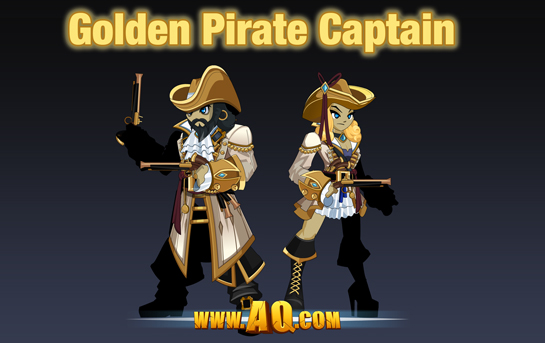