Tomorrow night, talk to Barnaby in Lolosia (/join pirates) to find his High Seas Helm Shop! You'll need to battle the monsters in this weekend's war to get the merge resources to create these bandanical beauties! 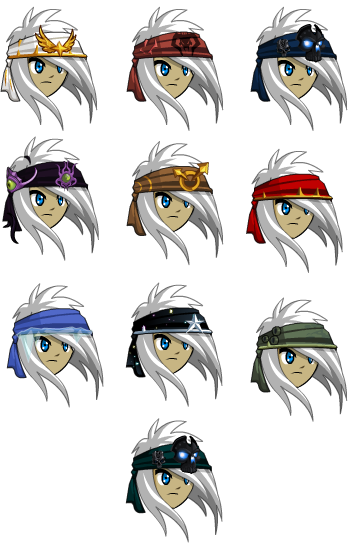 Barnaby's got a special story for you guys... and it's all about Boxer502! This heroic haberdasher is a regular player with an irregularly-awesome obsession with helms! Tophat-styled helms, to be specific. For the last couple years, Boxer has flooded our twitter accounts with some of the coolest, craziest tophat adaptations of our gear. 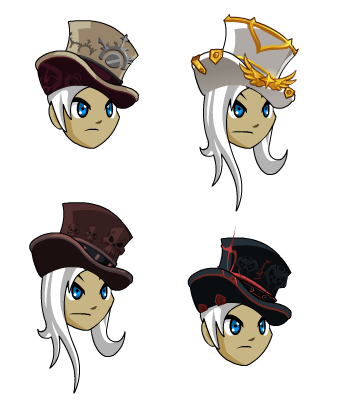 This year, we paired his suggestions with Blade, one of AQW's haberdasheriest (it's a word now, go with it) artists to create the gloriousness you see above. These, too, will be free for ALL players... as long as you battle for the merge items to create them!