YARRRRR! Evil is back, and this time, it's taking over the high seas AND our online store at www.HeroMart.com! Celebrate Talk Like a Pirate Day Month with by joining the crew and showing your allegiance to either Nulgath's Navy or Dage's Stygian Legion. Shirts will go on sale later this week. Keep an eye on HeroMart's Twitter account and website for exact dates and times. 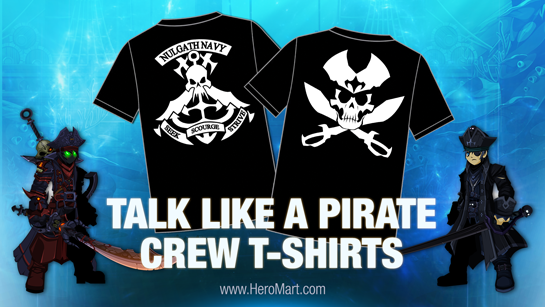 These shirts are dark, deadly, and tell the whold world which crew YOU belong to!

Each t-shirt comes with in-game bonus items in AdventureQuest Worlds. 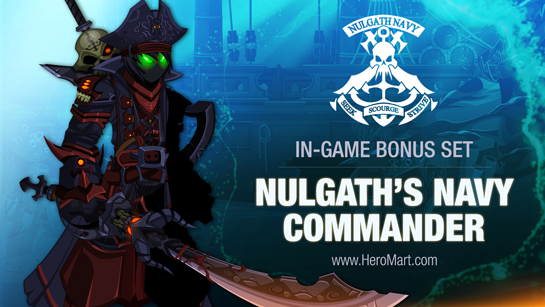 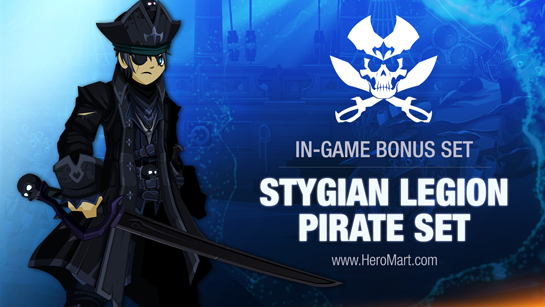 Get both t-shirts to unlock the Double Agent far0 pet!

Designed just for you by... Ferozakh

We love showcasing work by our talented community artists, and this month, we're featuring logos and in-game rewards designed by AQW Community artist, Ferozakh! When we asked him to tell us how he found AdventureQuest Worlds, this is the story he told... 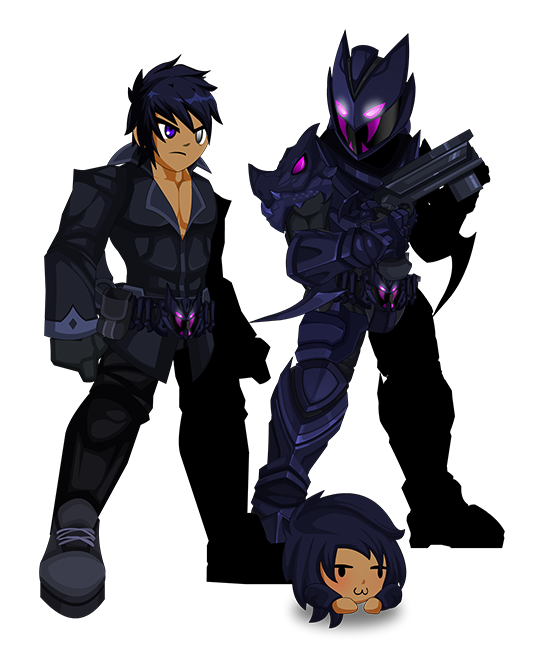 "I started playing AQ when I was like 10, and then MechQuest. I started playing the original AQ initially due to peer pressure. Then, after my final exams in my primary school in 2008, I started creating my AQW account via an ad.

However, I started playing in February 2009, due to the difficulty in logging in that time.
I started drawing my personal armor when I was 11. Then when I played the game, I started drawing doodles of Nation sets in 2011, as they were my favourite that year.

At the time, I didn’t have much creativity in making sinister-looking art (I drew the concept art of the ArchFiend DoomLord for the first time ever, though it was lost.).

After that, I just drew AQW art, all over, even in my lessons... I was once even reprimanded by my tutor for drawing all over my worksheet.

This December will be my character's 10th anniversary!"