All you Nulgath the ArchFiend fans... rejoice! Your ruler is returning, and bringing new gear for his birthday rares shop! 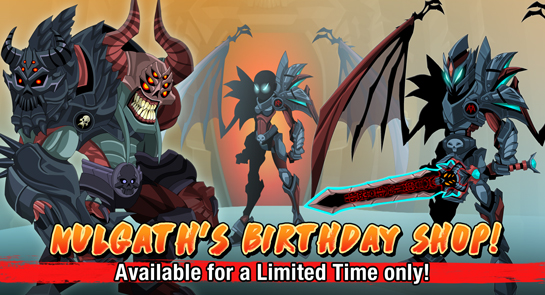 For this birthday, it was important to our dev team that we feature gear created by Nulgath himself, so the birthday rares shop is showcasing the Void Knight set from his Patreon account.

Each of the items in the Void Knight set gives 25% more XP and Class Points when equipped (except for the battlepet sword pet, as those cannot get item bonuses). 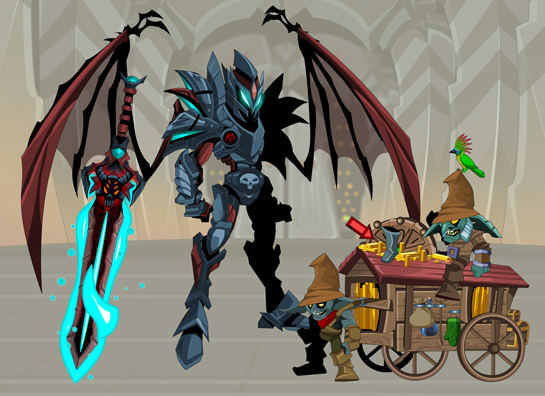 Because Nulgath's birthday only comes around once a year, we ALSO wanted to add some new items to existing quests! Talk to Swindle in /tercessuinotlim to find Swindle's Mobile To Go Hut - a shortcut/convenience pet* that will let you access the "Supplies to Spin the Wheel of Chance" and "Swindle's Return Policy" quests! 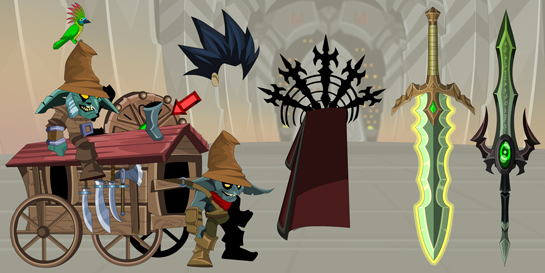 * Heeeey, now you don't have to keep running back to him! /cheer

Talk to Dirtlicker in the /ArchPortal map to begin the adventure to unlock this house!

We've also added items from OverSoul onto some of the most popular farming quests:

Good news, Nulgath Nation fans! We've launched the class many of you have been waiting for since LAST January - the permanent Nulgath farming class! The Void Highlord Class is insane and awesome... and not for the faint of heart. Just like Nulgath! 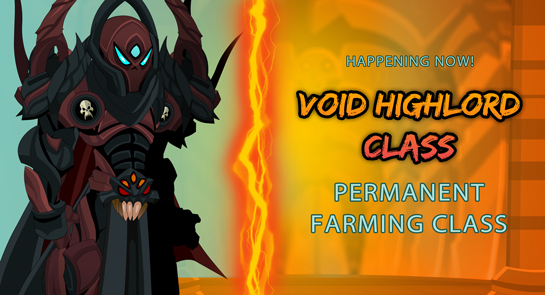 If you tried out the test version earlier this week, your "Void HighLord Tester" item has changed to show the default Warrior Class skills and art. Thanks for participating!

The class requires the following to begin the quest to unlock it:

You can begin the quest by talking to the Void Knight in /tercessuinotlim!

Our designers are huge fans of Nulgath, just like you guys, and they love that Nulgath IS pure evil. But there was a prblem with today's farming pet quest. You guys weren't having fun, and you thought you were investing in something nice... that would make completing all the evil Nulgath quests a wee bit less painful.

The Aquamarine of Nulgath is being moved off the Serepthys boss and onto a new: the Crystallized Jellyfish in Battleunderc. Thank you all for the feedback!

Note: For 2 minutes, an improperly-priced version of the Void Knight Blade quest pet was in the shop. It was removed and replaced with the proper price. If you are one of the few who bought the original version, you will keep your pet, since it was our mistake.