The Attack on Willowcreek has ENDED with victory for the forces of Chaos! Congratulations to the 13th Lord of Chaos and the entire Chaorrupted Legion! You have done well... but the Alliance is preparing to hit you HARD and FAST ... and the next encounter begins NOW! 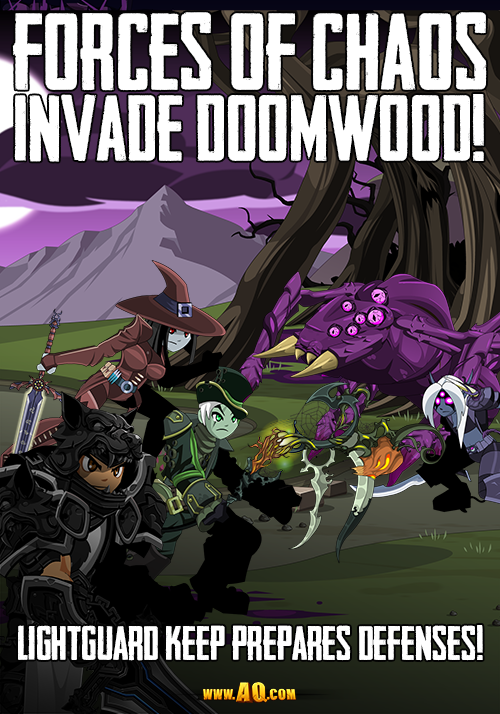 /Join WorldWarLore and speak with Loremaster Maya to battle the forces of Chaos attacking Doomwood OR embrace the Chaorruption and invade! If Lightguard Keep falls, the Alliance will be sorely weakened!

The 13th Lord of Chaos Is Plotting!

Military strategists know that no battle plan survives the first encounter with the enemy... and THAT is why the 13th Lord of Chaos is preparing a surprise for ALL of you! The clock is ticking, Heroes, and if the Alliance doesn't hurry, they may find themselves fighting a war on TWO fronts!

Loremaster Maya has heard rumors that Chaos creatures around the world know the 13th Lord of Chaos' next attack location... slay them to discover what the plot is!