Epic Equips on the Way

Grab Gear from The Span and the Treasure Chest!

Blast through battles with our newest gear! The SDF Mecha arrives in The Span's Rep Shop tomorrow, along with other great gear like the SDF Rebel, the Galactimech*, StarStorm Helm, and more! And talk to Twilly in Battleon to buy Treasure Chest Keys, then unlock your treasure chests** for a chance to get the Evolved Bounty Hunter Armor! 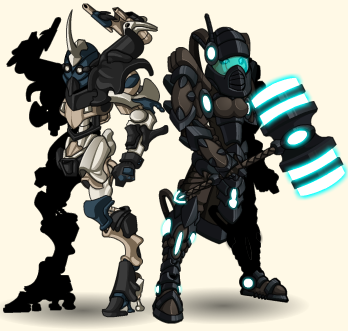 * Non-color Custom boss drop
** Treasure Chests drop from EVERY monster in the game! Members get two FREE treasure chest keys every month, but everyone can purchase them with AdventureCoins! 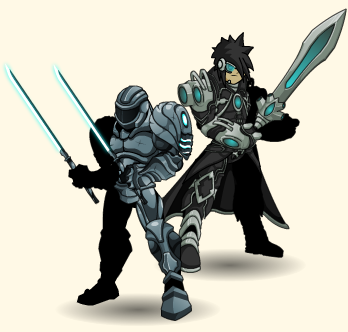 Voyage into the depths of space equipped for victory!

AQW artists have been freezing their fingers to the bone to bring you some ice-cold accessories and armors, and they're set to release December 7th!

Make Your Holiday an Explosive Success!

Blow up ALL the bad guys with the Missile Toe Mech, intimidate ANY opponent by equipping the Ice Beast, and read on for the frighteningest Frostval gift EVER, coming in a 2nd update to Quibble shop on December 14th! 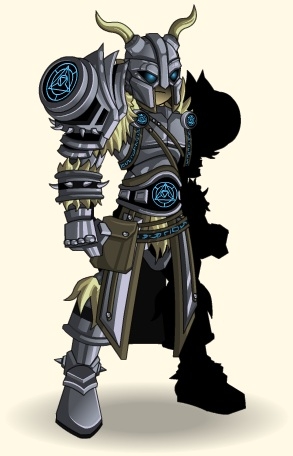 The Ice Beast takes on ALL challengers!

Pink lovers unite! Beleen's birthday is two weeks from tomorrow, and she's got the most terrifyingly-pretty Class just for YOU!

The Class will cost 2,000 AdventureCoins and will ONLY be available this year from Quibble Coinbiter's Frostval shop!*** The Class and more pinktastic birthday gifts from Beleen will be added to Quibble's shop ! 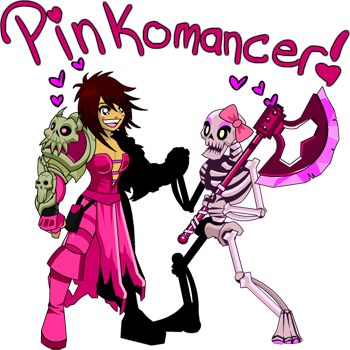 Based on the pink Necromancer Armor, she's still tweaking the art, but the Pink Skelly Battle Pet is finished! Who doesn't <3 a skipping skeleton? I know I do! Share your best Pinkomancer skill names with us on the forum! (Some of her choices so far are Hug Magic and BFFs 4ever!)

Better bone up on your battle tactics!

*** What Class would you like to see her pinkify for her birthday NEXT year?

As Lore’s fate draws near, Iadoa is close to helping you finish your training. There’s only one problem, Iadoa’s sanity is slipping deeper and deeper. You must journey to a realm filled with alien planets, asteroids, and mecha...SPACE! 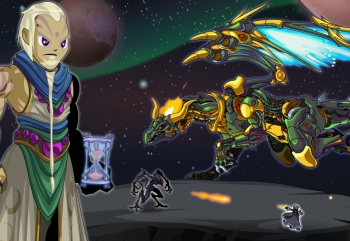 Venture into the dark black void of MechQuest's timeline as Golem Warlic teaches you one final lesson. With the Chaos Beast waiting to rise, this is sure to be one adventure that you will NEVER forget. If you make it back alive!