Michael Cthulhu is famous for his YouTube channel where he creates real-life versions of fantasy weapons from video games... and he's finished crafting Artix's battleaxe, the Blinding Light of Destiny in real life! 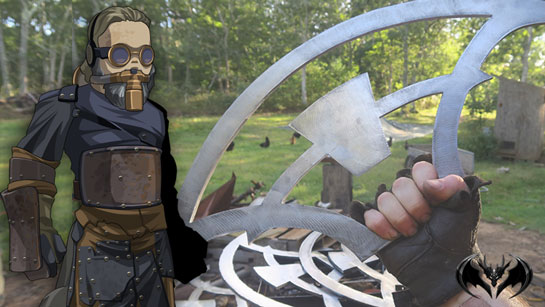 Not only did he make the Blinding Light of Destiny for real... he made it REALLY sharp. Watch him making the axe here! 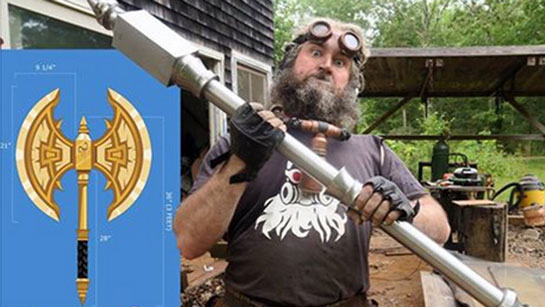 Who is Michael Cthulhu?

If you haven't heard of him before... we're happy to introduce you! Michael Cthulhu is a welder and weapon-smith who builds giant swords, axes, and other weapons for real-life warriors from around the world. He's also starred in a show on the Discovery Channel called, appropriately, Big Giant Swords.

Don't miss any of his next projects or news by following him all over the internet:

We released the Blinding Light of Destiny in AQWorlds years ago, but we wanted to get in on the awesomeness, too! Since it's Mogloween season *and* the 15th anniversary, we've crafted the Pumpkin Spice of Destiny axe to help celebrate. Talk to MichaelCthulhu in Battleon to get the axe before it leaves on November 3rd! 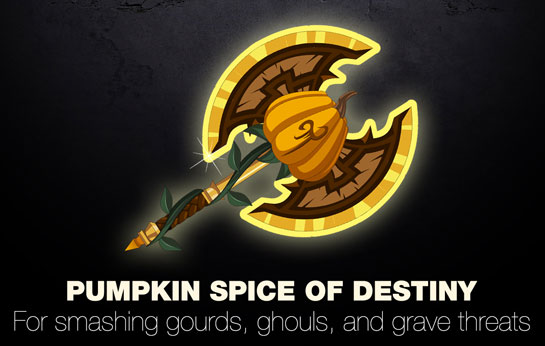 Many thanks to ALL the heores on Twitter who helped brainstorm ideas for the axe's name with Artix! We bring you, the Pumpkin Spice of Destiny ... also known as the:
Pumpkin's light of Terror
Pumpkin Squash of Destiny
Blinding Light from PUMPKIN Root
Moglowing Axe of Destiny
The hollows light of destiny
Fusion Pumpkin of DESTROY
blinding pumpkin of spice
Blight gourd of destiny
pumpkin light of destiny
Pumpkin slicer of destiny
and many more names
from many more heroes who are now being followed by Artix on Twitter!
Plus, because we are SO EXCITED about the real-life axe, we've given the in-game Blinding Light of Destiny and Ascended Blinding Light of Destiny axes a HUGE buff... each axe now does a total of 75% more damage to Undead monsters when equipped!
Tags: Alina,
Read more Design Notes