Journey with J6 on an all-new adventure in space! In "Bountyhunter Banzai," you'll land on a planet destined for super-stardom... if it doesn't go supernova first! The LOSERs (that's League of Super Evil Rangers to you) have a Doomsday Rocket and they're ready to use it! You'll need to decide what path to take in order to stop them. Choose poorly and BOOM! 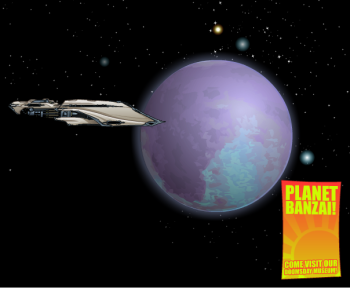 With space-tastic new gear, a MASSIVE new monster to battle (if you can unlock the fight), 3 new minigames, and new clues to lead you towards HAL's ultimate objective, this is one mission you won't want to fail!

Log in now to access the Summer Shop! It will only be around for a couple of weeks BUT will be updated today, Wednesday, AND Friday with new gear! All your favorite gear from previous Summers are back, including the Battle Swimwear and the Evil Professor Dolpho pet! 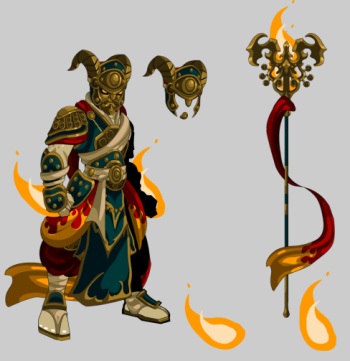 The Ignited One set!*

* Note: the member-only Fists of Fire drop off last week's Xan boss.
** Last year's NPC surfboards are RARE and will not return. 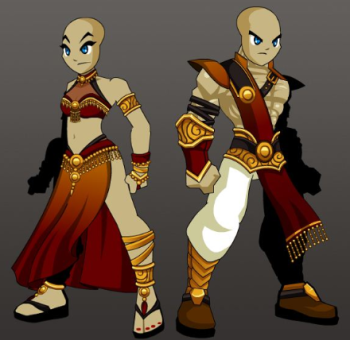 Don't Sell Your Investment Trinket Yet!!!!

Again, to repeat, do NOT sell back your investment trinkets yet! Wait until we announce the increased sell-back price!

Dage is hard at work on the art for the Tier 2 Destiny and Necrotic weapon sets. You'll see pictures popping up on Twitter throughout the week, and if Beleen has time, the quests to get them will release on Friday!

Last week, the Alchemy Tradeskill released. There were some issues on Friday night, which included the merge shop not accepting potions for Academic Merits as well as the Enhancement system breaking. The Rep quests on Lim were also added.

One of the hardest things about programming is that if you fix one thing (like adding new code to the merge shop function), a seemingly unrelated thing (like the Enhancement system) breaks HORRIBLY! Thankfully Yorumi and Dumoose were right at hand to get fixes up and live.

Have you got a Prescription for Destruction? No? Then head to your local CVS Pharmacy! CVS locations all across the United States now carry Artix Entertainment gamecards and until the end of June, the Rx for Destruction Axe unlocks when you redeem your Artix Points!

The CVS AE gamecards can be used for ANY of our games! When you redeem your card (follow the instructions on the back!), you'll get your Artix Points and automatically unlock the prize code with the same PIN number from the scratch-off card.

Artix Entertainment on the News!

Artix and the crew at the Secret Underground Lab were featured on local news station Channel 8! See what the Lab REALLY looks like when we're not all lurching down the hall pretending to be zombies. Check out Artix chair-surfing, Beleen's bouncy-ball chair, Cysero's feet, and my hair as we show some AQWorlds gameplay from Etherstorm! 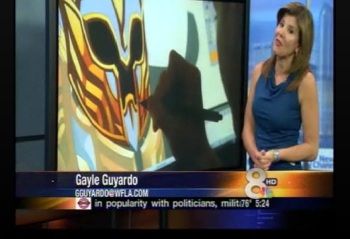 Click the pic to watch the video! (May not play in all areas)

PS - Luckily the mountain of action figures did NOT come crashing down on Artix as he held Daimyo.

The Golden Plate from the original AdventureQuest has long been a player-favorite! Starting next week, when you purchase the 1 Year Golden Membership Package, you'll get the shiniest armor around in addition to some sweet extras (just like the Doom Starter package from a few months ago)! 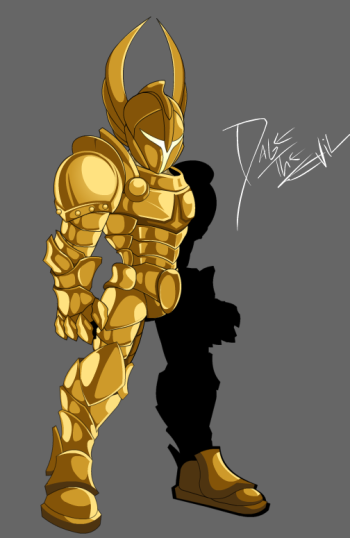 Zhimaira and Beleen are hard at work this week judging the Artix vs Sepulchure/ZOMBIES!!! art contest! We anticipate announcing winners at some point this week. We'll keep you posted!

This morning Reens said she was veeeeeeeeery close to sending out replies to moderator application emails! If you've already received yours, congratulations! She may still be sending out more in the coming days. We'll announce when all the prospective moderators have been emailed.