The Queen of Monsters still waits... but not for long!

Over the last few months, you've seen an army of Infernal Invaders appear in several of our releases. These servants -- or, perhaps, we should call them "tools" -- grow impatient... and hungry. 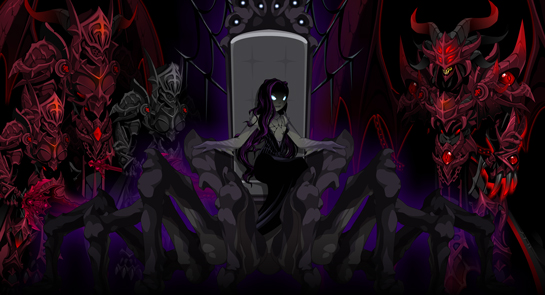 As the Throne of Darkness Saga comes to a close, we are preparing to shift the battlefield back to the Queen of Monsters Saga!

The Celestial Realm is bright.... pure... and holds a treasure that this army of Infernals would LOVE to control. Help Aranx defend his home as hordes of Infernals attack! /join infernalspire now to begin the tale! 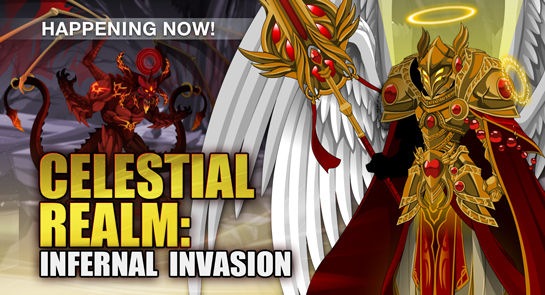 While YOU have been fighting the Throne of Darkness villains, the rest of Lore still battles all the other monsters roaming free. Starting tonight, the Order of Paladins needs you to bear witness as one recruit faces a horde of undead to prove that she is ready to (and worthy) to become a Paladin! /join doompally now to aid Darcy the Paladin recruit! 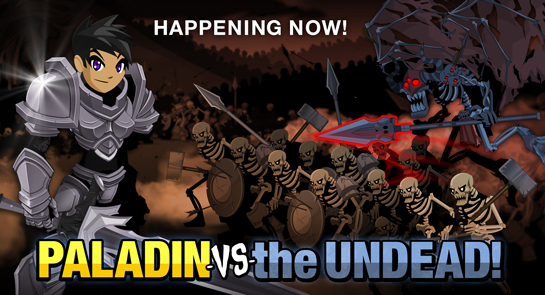 Next Friday, return to the forests of Darkovia as this army of Infernal invaders threatens to destroy every living (and undead!) creature that roams the darkness! 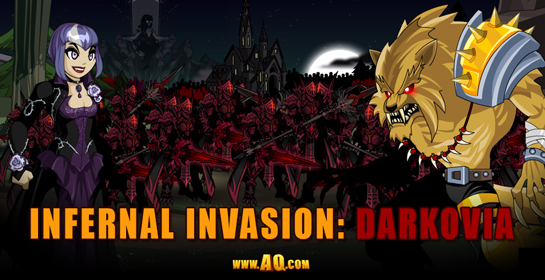 From the Celestial Realm to Doomwood to Darkovia... to Shadowfall and Swordhaven, there is no land in our world safe from the Queen of Monsters' infernal army!