SLAY Bells are ringing this weekend!

Our Frostval celebration continues this Friday at www.AQ.com with a bounty of new gear, an all-new battle arena, and a level-cap increase to 90! Heroes of all levels and class type are invited to fight through the ranks of the IceStorm Raiders for honor, glory, and prizes. Take on this weekend’s level 100 boss -- Warlord Icewing -- with a group of friends, or try to fight him solo if you're a high-enough level! 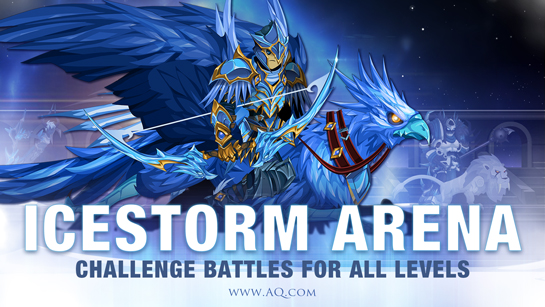 The Level Cap Increases to 90! 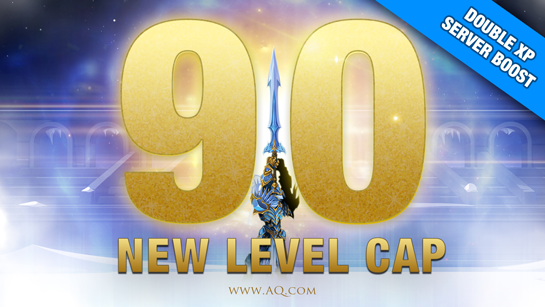 Also, this week: we've added in functionality from the PTR servers so that as long as you fight monsters that have more than 1 HP, you'll always get at least the minimum level of class points, no matter what level the monster is. (Before, if you fought monsters that were too low a level, you would not get any CP.)

Warriors, Rogues, and Wizards of all levels and ranks are invited to fight through the ranks of the IceStorm Raiders for honor, glory, and new gear! Battle icy opponents from level 5 to 100 as you earn EXP and gold. High-level heroes can blast their way to the end of the arena to take on the level 100 Warlord IceWing boss. 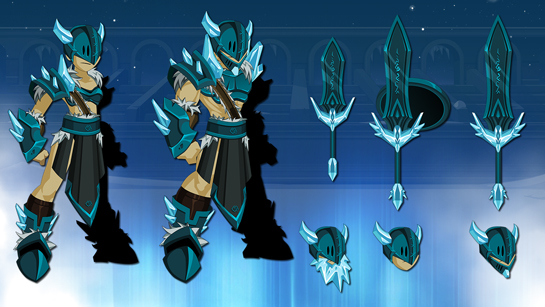 The dev team's goal is to have the IceStorm arena serve as the best level farming area in-game - with the smoothest, most balanced progression, and high-level monsters for our more experienced heroes.

Plus, take on Warlord IceWing for a chance to get the Boreal Bardiche and Cavalier Claymore! 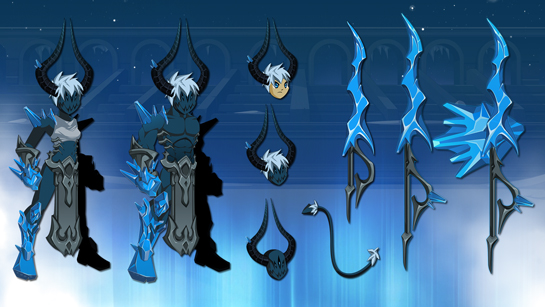 Who are the IceStorm Raiders?

After Tyndarius’ mortifying defeat in the Etherstorm Isles, and his rejection by the Queen of Monsters, the islands were abandoned… until King Rimescar and his army moved in to annex the lands. Ice and snow now blanket an area once known for its volcanic activity. To honor the winter holidays, he’s thrown open the arena to Lore’s most well-known and skilled hero… YOU!

In the interest of updating some unbalanced areas and quests in the game, we've adjusted some monster levels and quest rewards.

* The Nothing monsters in the member-only /nightmare remain level 99.