Log in all weekend long and battle the Glacial Elemental in Ice Wind Pass for a chance to get the Ice Giant Warrior Pet! 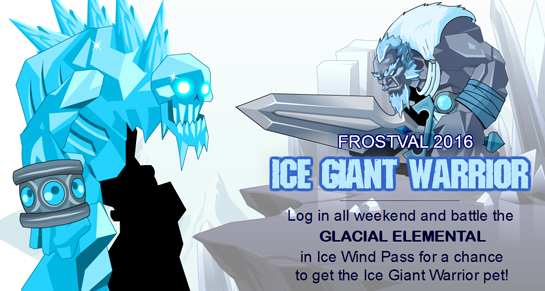 Note: the version of the pet accidentally released earlier today was originally released during last year's Quibble shop. The art has been changed to preserve the uniqueness of last year's rare pet.

I have just been informed by Karok the Fallen that if heroes want the Ice Shards and Glaceran Gems, they will need to turn in war quests to get them... not JUST slay the minions in the war. He hopes this will prove to be a ... suitable... incentive.