Guild creation and joining just might be one of the most popular - and widely anticipated - features we've ever introduced! But with all new functionality comes the potential for new bugs... and THAT's what we're talking about today. 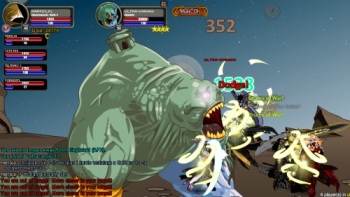 Yorumi is working to fix the following issues:

Overnight, we received reports of increased lag.* We knew it was related to something released Friday. To understand what was causing it, we disabled some Guild features (like promote/demote).

When that didn't fix the issue for everyone, we took a look at the new Vordred monster... and there was the cause! We'll get that fixed once we study the code-errors more closely. You can still complete the quest, he just won't be QUITE as difficult this weekend.

Reminder from Reens: We reserve the right to change any inappropriate Guild names.

* This new lag is NOT the same as the lag experienced this Summer. It looks like that has been noticeably improved for a large majority of our players. /cheer!